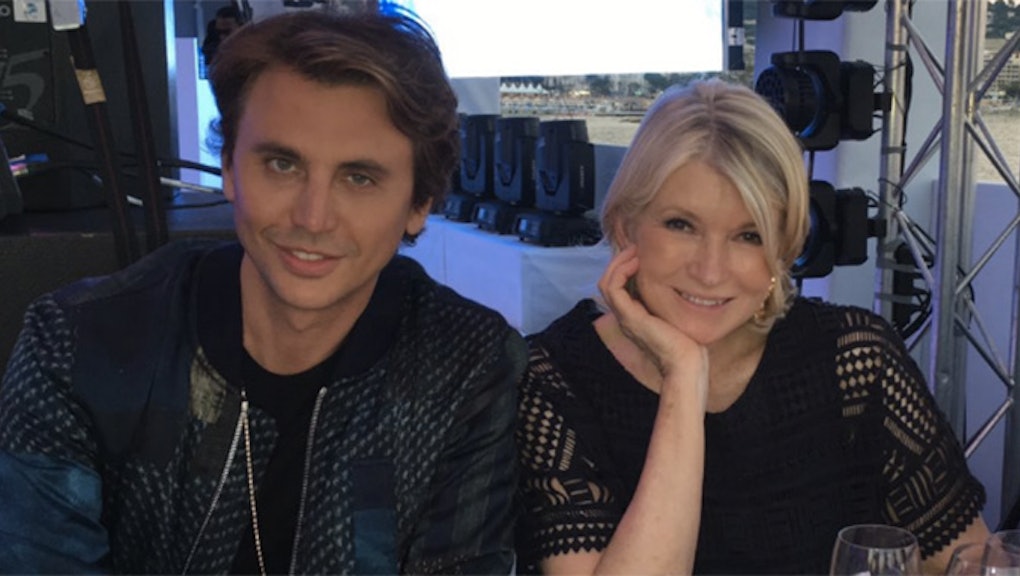 All hail queen Martha Stewart, goddess of lifestyle and shade: She's klearly not been keeping up with the Kardashians these days.

Stewart tweeted a photo Wednesday afternoon of Kim Kardashian West's BFF Jonathan Cheban with the question, "Do you know this guy??" She followed with the ultimate diss to any person who has built their following on being celebrity-adjacent: "He says he is well-known." Ouch.

Queen Martha followed up with a nearly punctuationless tweet about 50 minutes later. She let everyone know she had solved the mystery.

The tweet featured a better-lit photo of Cheban (maybe she got her hands on a Kardashian-approved LuMee?) and a description that sums him up better than Wikipedia: "Better photo of Jonathan who is very famous BFF of the Kardashians who knew!"

While Stewart might not be aware of Cheban's rising fame, she might want to get to it: The Kardashian BFF is coming for her throne. Cheban has begun positioning himself as "The Food G?d" (seriously) on his social media platforms. He documents himself traveling around the world, posting pictures posing with shrimp and pizzas while saying words like "delicious." In some photos, he sports a Food G?d-monikered hat that looks like the work of a talented toddler. (Penelope, is that you?)

Beyond hopeful food deity, Cheban's resume also includes a stint as the head of a public relations company. He's also the founder of TheDishh.com (yes, it has two h's, and no, it's not a food blog). Additionally, he owns a burger restaurant on Long Island, New York. But most importantly, he's a professional BFF.

Cheban tweeted a photo of Stewart and him at a dinner in Cannes, France, in which the two are posed like people who know each other, shortly after her shade session. He captioned the shot with, "Fun dinner with the best!! She's been keeping me laughing for hours!"

Uh oh, Kim, looks like the Food G?d has found his Food G?ddess. Might be time to start the hunt for a new bestie.