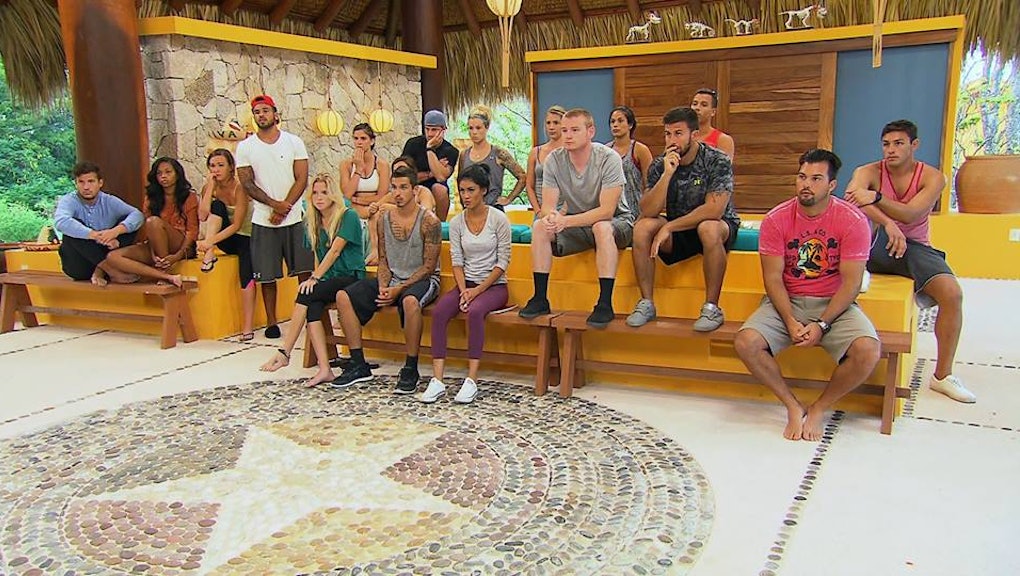 These season of MTV's The Challenge: Rivals III has had no shortage of drama, and on the most recent episode, an escalating fight between a not-so-sober Tony and his teammate Camila wound up getting them both kicked out of the house.

Pairing up people who basically hate each other is a recipe for explosions, so it should be no surprise that, after several tense episodes, Tony and Camila couldn't handle a night of drinking and arguing.

It all started when Camila, back at the house after a night on the town, fell down and hurt her knee, which was upsetting enough, but then she got upset because she thought people were laughing at her.

Tony woke up and went to try to calm her down (great idea, dude) but things escalated quickly and they got into a screaming match over their terrible, terrible partnership. You know it's a memorable episode when people have to be physically dragged away from each other.

The next day the two are unceremoniously booted from the show for their bad (and potentially dangerous) behavior, surprising no one, and the episode continues on as normal. Or, as normally as things can get on a show that is basically manufactured to create moments of drama and extend the 15 minutes of fame for various familiar faces from other MTV reality shows.

The fan response to Tony and Camila's ejection from the show was mixed — some blamed Vince and Bananas for instigating it, but others placed the blame squarely on Tony and Camila themselves.

But some people were truly sad to see them go.