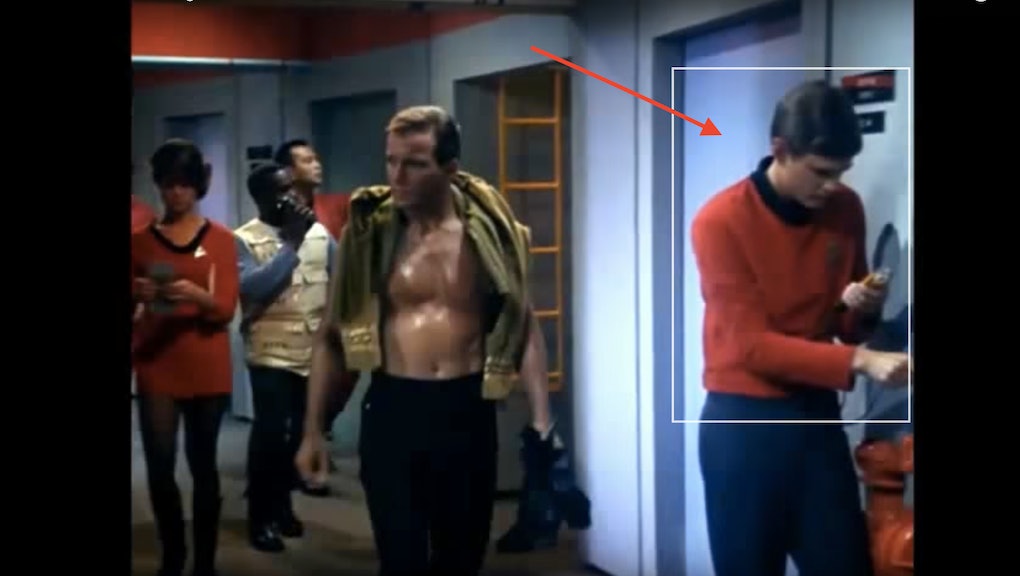 The man you know as Dos Equis' "Most Interesting Man In The World" has a pretty interesting past.

Actor Jonathan Goldsmith appeared in the second episode of the original Star Trek series, Gizmodo reported. The episode is titled "The Corbomite Maneuver," and Goldsmith appears as a Red Shirt. But luckily, he survives the whole episode.

You can see Goldsmith right next to a shirtless Captain Kirk in the video below.

Memory Alpha, an encyclopedia of Star Trek, confirms that Goldsmith played an uncredited crewman in the episode.

Goldsmith's no one-show pony; he's had many a role in Hollywood, according to a profile from NPR. He acted in westerns before assuming his memorable role as the "Most Interesting Man In the World." Before he started his acting career, Goldsmith was a garbage truck driver in Los Angeles.

As of May 2016, Goldman has been replaced with a new "Most Interesting Man In The World." To send him out in style, his last Dos Equis ad spot depicts Goldman going on a one-way mission to Mars. A homage to his humble Trekkie roots?

"His only regret," the voiceover in the ad spot says, "is not knowing what regret feels like."