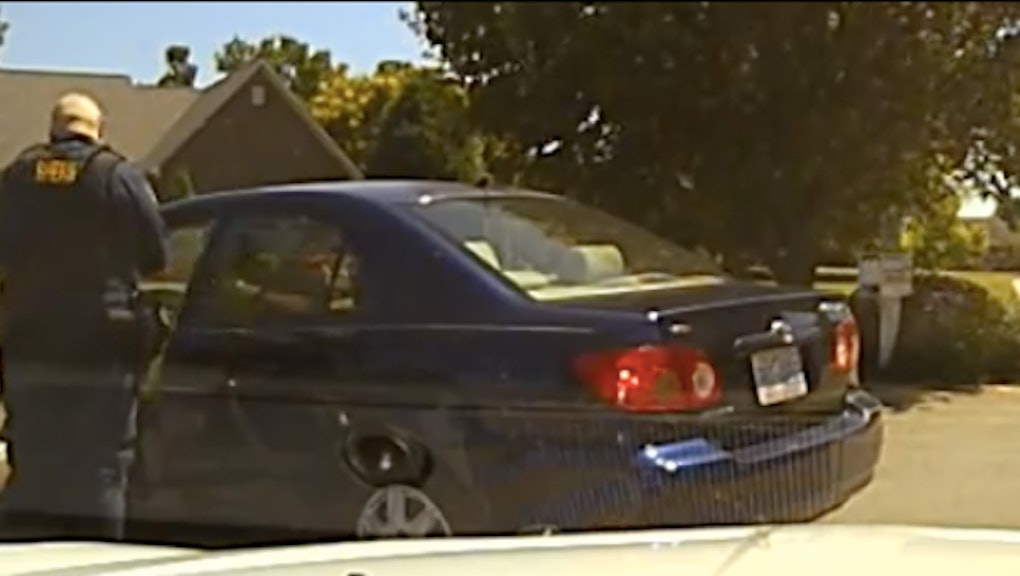 Here's proof that racial profiling is alive and well in the United States.

The driver explains that he doesn't live in the neighborhood but owns a house there — he flips houses for a living, and was driving through the neighborhood to compare listings for his house at 7238 Trotters Run. The officer, apparently skeptical of the man's explanation, starts asking questions: Who's the president of the neighborhood's board, does he know any of its members. The homeowner offers to just drive the cop over to the house so the cop can see for himself.

"That just shows you, being black in America," the passenger says as the pair of men drive to the house, the cop following behind. "It's because you're young, rich and black, bro."

After they arrive and the driver unlocks the door, the men invite the officer inside, but he declines, saying he can't. "It's my house, though, you could," the homeowner says.

"We're still trying to figure out why we were pulled over," his friend adds, "but this is why we're in the neighborhood."

It would seem that the sheriff's department made every effort to get out in front of this, expecting, probably, that the internet would have some things to say about what appears to be blatant racial discrimination. In a Facebook post, sheriff Robert A. Graves explained that the men were pulled over on June 18 for "suspicious behavior" and determined that the driver wasn't logged with the homeowner's association.

But the dashcam video posted by the sheriff's department betrays the real motivation behind the traffic stop: "There've been a lot of break-ins in the area," the officer explains, when the driver asks if he's done anything wrong.

Black drivers, especially men, are more likely than white or Latino drivers to be stopped by the police. As the Daily Dot pointed out, Randolph County is 89% white, and Steeplegate, where the driver's home is listed for about $300,000, is a nice community. In the officer's apparent esteem, two black men driving through it are more likely to be criminals than residents.