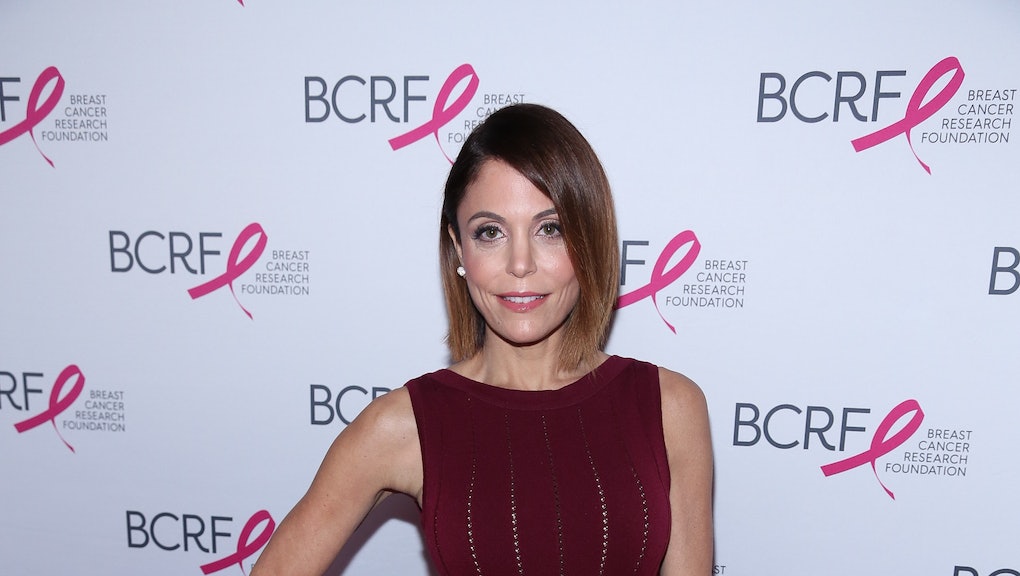 Bethenny Frankel is ready to talk about what she believes caused her to miscarry her second child back in 2012. On Wednesday's Good Morning America, Frankel told co-host Lara Spencer that she had, among other health issues, uterine fibroids, which she believes contributed to her pregnancy loss.

"I suffer from a lot of female problems — cysts — and I had endometriosis," she said. "I now think — and have been told — that the fibroids probably caused my miscarriage a couple years ago."

In an interview with People, Frankel explained that she was diagnosed with uterine fibroids in 2013, a year after her miscarriage. Over the past year and a half, however, she began to experience cramps and heavy bleeding. When she visited her doctor, she discovered that her fibroids had grown larger and she had lost 10% of her blood throughout the process.

Fibroids are (often benign) tumors that develop in the uterus. (Fibroids are not the same as endometriosis, a condition where the uterine lining grows outside the uterus, which can result in an increased risk of pregnancy complications.)

According to the University of California, Los Angeles' obstetrics and gynecology department, estimates suggest that as many as 30 to 77% of women with uteruses "will develop fibroids sometime during their childbearing years." While many uterine fibroids cause few complications, a 2000 study found that they can cause miscarriage or infertility in 5% of women with uteruses.

Frankel, who had her fibroids removed earlier this year, hopes that sharing her story will help raise awareness of the issue.

"No one really talks about them," she told People. "I didn't realize how many people have them. It's still something women don't share."