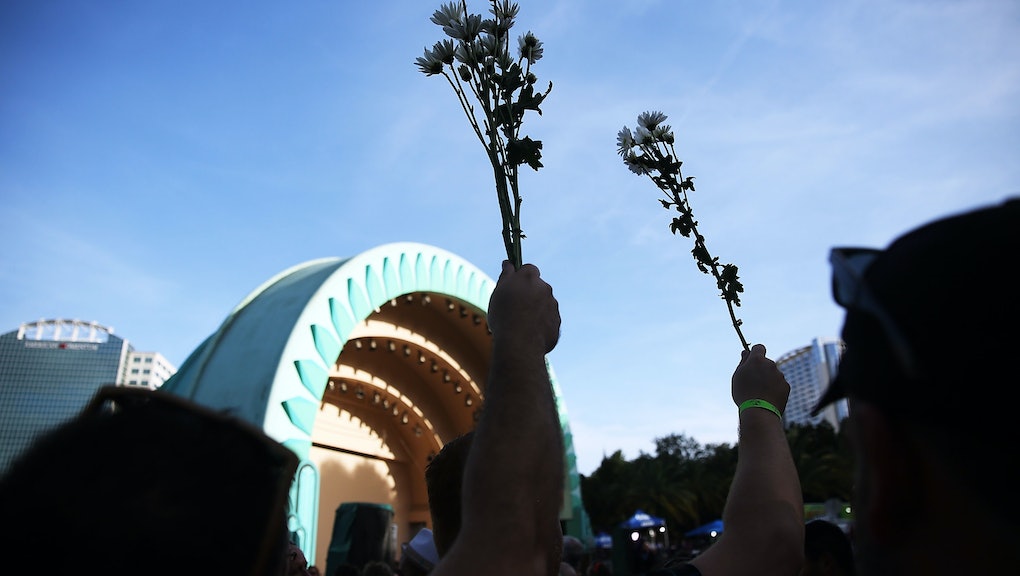 In the early hours of June 13, 49 people were killed during Latin night at the gay nightclub Pulse in Orlando, Florida. A man who was on an FBI terror watchlist legally purchased his weapon, an AR-15-style assault rifle, and proceeded to create terror and chaos in a space people believed to be safe. The Friday before, an obsessed fan shot and killed singer Christina Grimmie during a post-concert autograph session.

On Thursday, some 200 artists — icons like Cher and Joan Jett, pop stars like Lady Gaga and Kesha, hip-hop statesmen like Vic Mensa and Questlove, and Beatles Paul McCartney and Ringo Starr — published an open letter via Billboard to respond.

The letter, directed at Congress, has a simple message: "Stop gun violence now."

"Music always has been celebrated communally, on dancefloors and at concert halls," the letter reads. "But this life-affirming ritual, like so many other daily experiences — going to school or church or work — now is threatened, because of gun violence in this country."

It continues: "We call on Congress to do more to prevent the gun violence that kills more than 90 Americans every day and injures hundreds more including: Require a background check for every gun sale. Block suspected terrorists from buying guns."

This week, the Senate failed to pass four separate gun control measures, prompting House Democrats to stage a (still-ongoing) sit-in, pushing for a vote on a controversial gun control measure. These celebrity voices are proof that the frustration and anger are coming from Americans of all types — and that maybe change lies somewhere down the line.