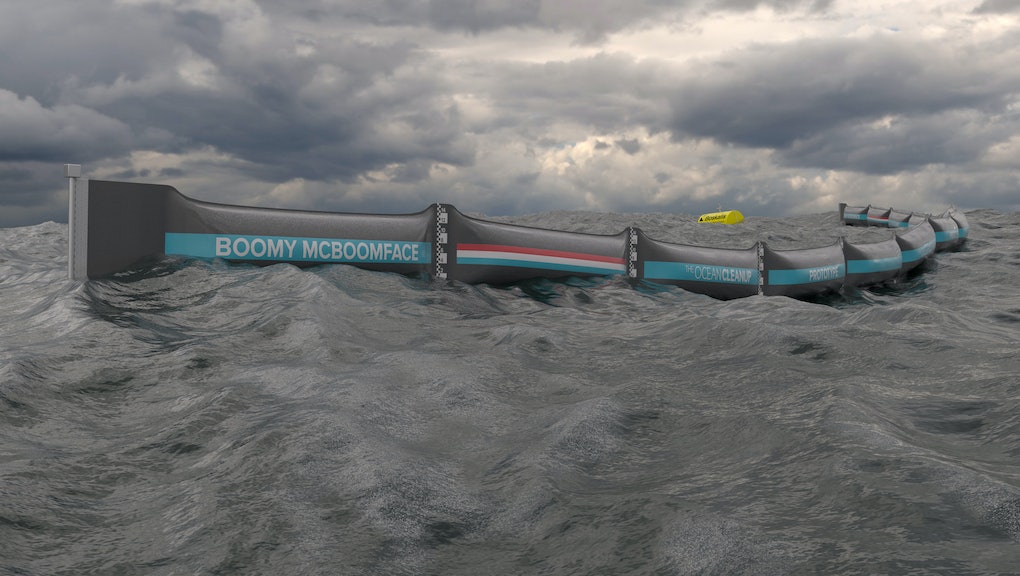 Twenty-one-year-old Boyan Slat's visionary solution for ocean pollution came to life on Thursday when a prototype of his product — a system that uses the sea's currents to collect debris — was put to the test for the first time.

The floating ocean cleaning device arrived in the North Sea on schedule and, according to a tweet from the Ocean Cleanup, the company Slat founded in 2013, everything went as planned, which looks something like this:

But while it might be easy to forget how young Slat is, he reminded everyone back in April with this small detail that's been flying under the radar. When devising a name for his potentially revolutionary prototype, Slat asked the internet for help — maybe you see where this is going.

Slat likely took his cue from the Natural Environment Research Council, which a month earlier had asked the web to sound off on what researchers should dub their new polar research ship. The consensus? Boaty McBoatface.

James Hand, whose Twitter bio explains he is the reason we "can't have nice things," was the one to come up with the moniker. After Boaty McBoatface became the clear frontrunner, he tweeted, "I'm terribly sorry about all of this, @NERCscience."

Having chosen the name for his product himself though, Slat likely won't be issuing any apologies — especially if it lives up to the hype.

"This is a historic day on the path toward clean oceans," said Slat in a press release on Wednesday. "A successful outcome of this test should put us on track to deploy the first operational pilot system in late 2017."