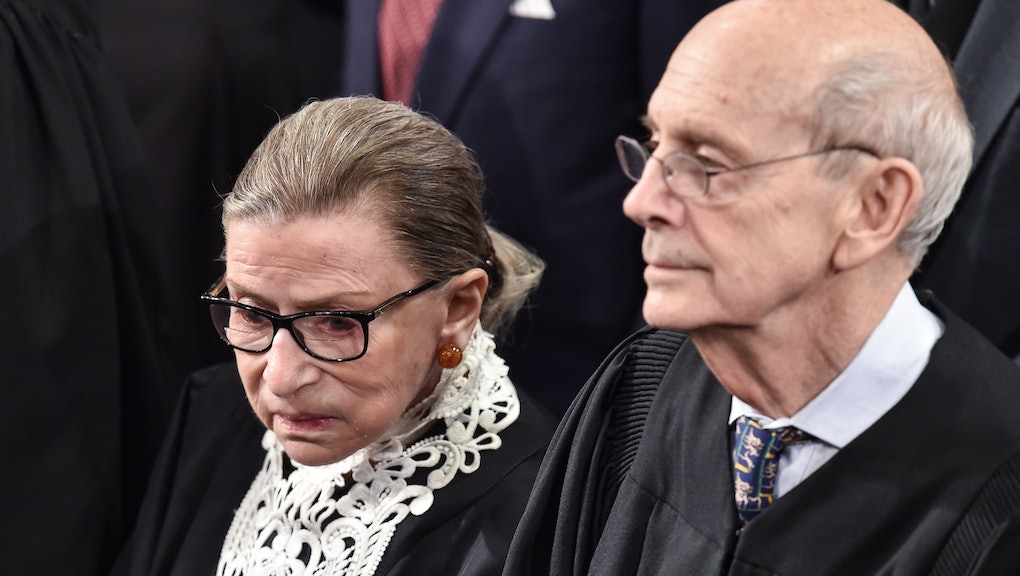 On Monday, the Supreme Court tendered its first abortion-related decision in more than 10 years. The case in question, Whole Woman's Health v. Hellerstedt, resulted from a 2013 Texas law that would have forced the closure of around three-quarters of the state's abortion clinics, challenging abortion's status in the country as a safe and legal procedure.

In a 5-3 ruling, SCOTUS struck down the Texas law — and in his majority opinion, Justice Stephen Breyer ripped the state a new one.

"There was no significant health-related problem that the new law helped to cure," he wrote.

The measure required clinics to establish admitting privileges at a hospital within 30 miles and essentially held them to the standards of surgical centers. SCOTUS ruled that the Texas law violated abortion protections laid out in two landmark cases, Roe v. Wade (1973) and Planned Parenthood v. Casey (1992), which prohibited abortion-related laws that restricted access through "undue burden": placing obstacles between women and the procedure not out of interest for patients' health, but in the interest of outlawing abortion.

Breyer wrote in his decision:

We have found nothing in Texas' record evidence that shows that, compared to prior law (which required a "working arrangement" with a doctor with admitting privileges), the new law advanced Texas' legitimate interest in protecting women's health. When directly asked at oral argument whether Texas knew of a single instance in which the new requirement would have helped even one woman obtain better treatment, Texas admitted that there was no evidence in the record of such a case.

Justice Ruth Bader Ginsburg penned a concurrent opinion in which she eviscerated the Texas law, reiterating the disdain for the law she expressed in the case's initial hearings. Ginsburg pointed out that many more dangerous medical procedures exist that aren't subject to the kinds of regulations the Lone Star State would impose on abortion.

"It is beyond rational belief that [the law] could genuinely protect the health of women, and certain that the law 'would simply make it more difficult for them to obtain abortions,'" she wrote. "When a state severely limits access to safe and legal procedures, women in desperate circumstances may resort to unlicensed rogue practitioners ... at great risk to their health and safety."

Ginsburg concluded: "Targeted Regulation of Abortion Providers laws like [this one] that 'do little or nothing for health, but rather strew impediments to abortion' cannot survive judicial inspection."