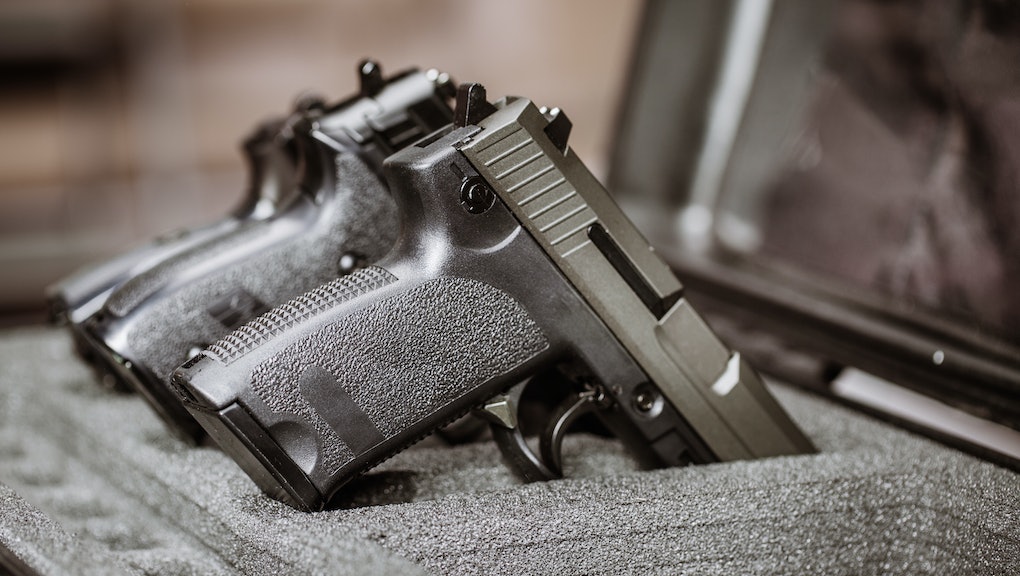 On Thursday and just about two weeks after America's deadliest mass shooting in modern U.S. history, Hawaii Gov. Daniel Ige made history, signing into law a gun control bill that will make Hawaii the first state to enter its gun owners into a FBI database.

Through Senate Bill 2954, any Hawaii resident who owns a gun or applies for a permit will be entered into the bureau's "Rap Back" system, which notifies authorities when they are arrested anywhere in the United States.

"This is about our community's safety and responsible gun ownership. this system will better enable our law enforcement agencies to ensure the security of all Hawaii residents and visitors to our islands," Ige said in a statement.

The National Rifle Association was quick to issue a statement, saying SB2954 lends itself to "unwarranted invasions of privacy" that fly in the face of the Second Amendment. "The lawful acquisition, possession, carrying, or use of a firearm does not justify subjecting citizens to ongoing monitoring," the statement read.

Thursday also marked the passage of two other gun control bills in the state which disqualify individuals with a history of mental health disorders or domestic abuse from owning a gun.

The new gun laws come on the heels of the 25-hour long sit-in carried out by House Democrats, a response to the Senate's failure to pass four gun control measures on Monday.