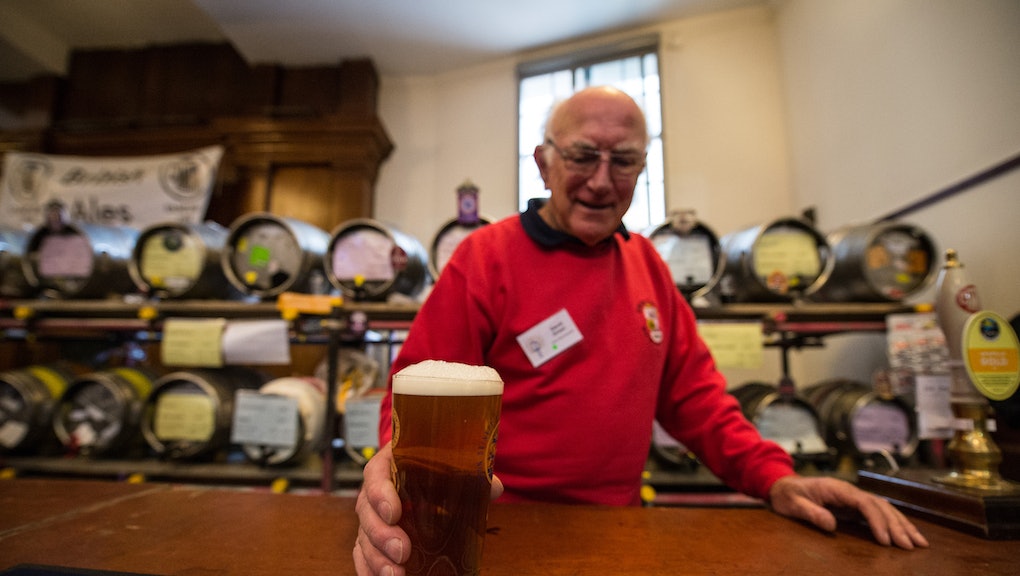 Sure, It'll Be Cheap to Travel to the Post-Brexit UK, But You Won't Have Any Fun

Get the freshest food stories, delivered straight to your inbox. No utensils required. Sign up here.

Before you book your flight for what you're imagining to be the cheapest EuroTrip of the century, know this: Thanks to Brexit, the whole expedition isn't going to cost as little as you're banking on, particularly if you like to drink on your vacations.

While the vote for the U.K. to leave the European Union has caused value of the British pound to fall — it dropped more than 11% from Thursday to Friday, reaching the lowest the pound has been since 1985, the Wall Street Journal reported — it'll cost more for business owners to stock their pubs and restaurants with beer and wine. That means they'll have to charge thirsty tourists (and locals) a pretty penny in order to make a profit.

Rowan Gormley, chief executive of Majestic Wine, the largest specialist wine retailer in the U.K., told the Independent that should a Brexit occur (it did), "all imported products will have to go up in cost over time and wine will be no exception to that." So while the American dollar will go farther than it has in the past, the U.K.'s prices are likely to increase simultaneously.

The food will be more expensive, too. Since the U.K. is detaching from the EU, rules and regulations on imports will alter, which could cause groceries and pub fare to raise in price, the Independent explained.

While being able to jump to several countries on a single trip is one of Europe's greatest appeals, the Brexit means European airfare expenses will likely rise, the Telegraph reported.

"If Britain was no longer part of the EU, new air service agreements might have to be negotiated," Nick Trend, the Telegraph's consumer expert, said. "Competition could be reduced and fares could rise again."

So if you're hoping to hop over to Paris for a croque monsieur followed by a hearty brew and schnitzel combo in Germany, be sure to check your bank account first.

All this making you want to stay local? Consider heading to your local wine shop,where you can snag some cheaper, still-snazzy spirits. (All-American Trader Joe's has some lovely choices.) Drink straight from the bottle while streaming images of the Eiffel Tower on your computer and you'll hardly notice the difference.