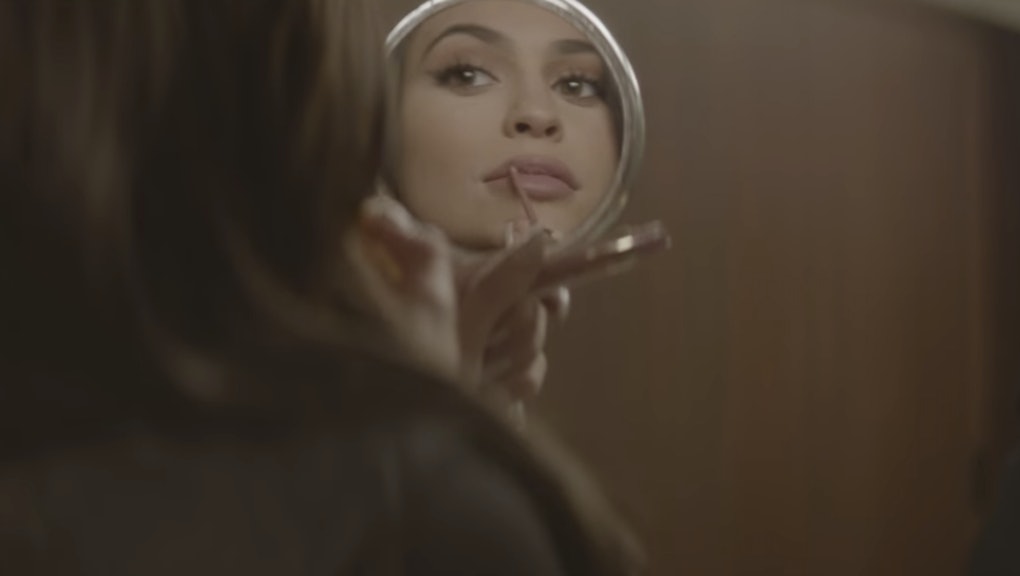 Kylie Jenner has a side career as a video vixen for rappers with whom she is romantically entangled. During her relationship with Tyga, she strutted her stuff as the leading lady in not one, but two of his music videos — "Stimulated" and "Dope'd Up."

Now, the tradition continues with her new love interest, PartyNextDoor. Jenner is the star of his new clip for "Come and See Me," but this time there's a twist: In a pivotal scene at about the 1:35 mark, Jenner can be seen sensually gazing at one of her famous Kylie Cosmetics lip kit products.

Using a boyfriend's music video to cross-promote both his song and her lip kit? Tyga would never have let Kylie do that! Probably because he was worried it might have taken too much attention away from himself.

"[My relationship with Kylie] overshadowed a lot of my talents and a lot of things that I worked hard for," he told BigBoyTV in an interview last week.

This new music video would seem to indicate that PartyNextDoor does not share this particular concern. Perhaps he figured, hey, if you can't beat the mega-force that is Kylie Cosmetics, why not join it?

Congratulations to Kylie for finally finding herself a man who gets it.