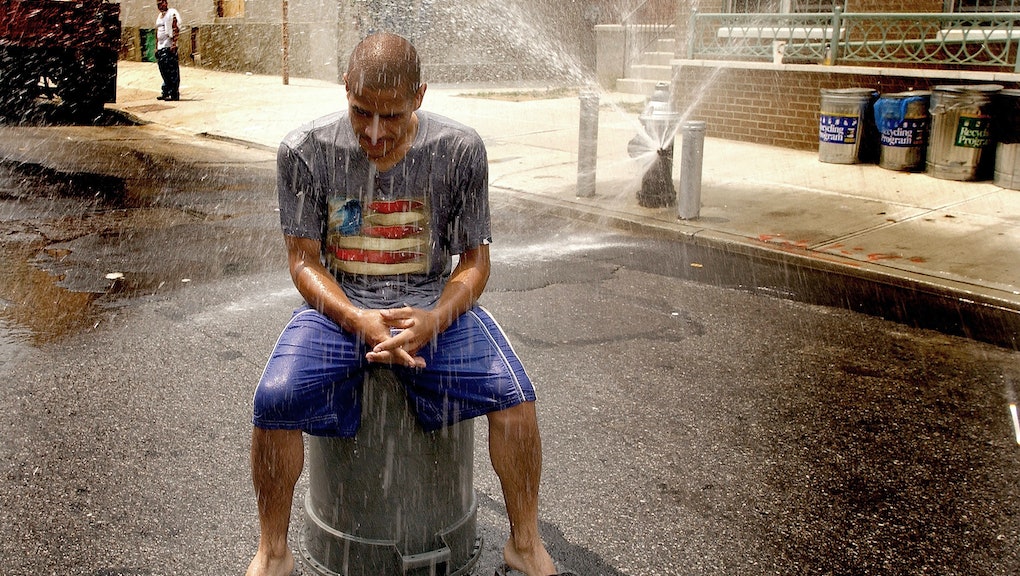 It's 2080 and summertime in New York City: The sun is shining, families are sending their android children to camp (they don't call it "space camp" anymore in 2080, just "camp") on maglev subways, household robots are hard at work cleaning 4-by-4 apartments and thousands of others in the five boroughs are slowly dying from the extreme heat. What a time to be alive — if you can make it that far.

A new study published Friday in Environmental Health Perspectives warns of an impending doom for the Big Apple if it doesn't get its shit together.

The report indicates that the number of annual deaths could sky rocket to 3,331 by 2080 should the population continue to rise and New York fails to adapt in transformative ways. Over 600 New Yorkers died annually of heat-related deaths from 2000 to 2006, the study reported.

If the city is able to make some slight adjustments to the way it confronts rising temperatures in the coming years — what the study's authors refer to as a "low adaptation" scenario — that number could be lowered to a far more acceptable 2,271 annual deaths from heat.

Not all of the study's findings are as grim. If the city manages to radically transform its climate change approach — a "high adaptation" — scenario, researchers estimate that number would drop to an actually reasonable 167. But that would require the city to curb its rising population to 2010 figures, continue to implement new initiatives like painting roofs with cooling reflective paint and new construction efforts and tackle climate change head-on.

The biggest changes in New York City's environmental efforts were spurred in part from a 2015 report that pointed to the city's mean annual temperatures jumping as much as 8.8 degrees Fahrenheit by 2080. But many researchers are doubtful that the recent international agreement reached in Paris will be enough to curb the climate change and rising sea levels that are expected to completely engulf parts of New York City.

So kids, enjoy the uncorked fire hydrants while they last — they probably won't be enough to prevent your imminent death-by-heatwave in your golden years.