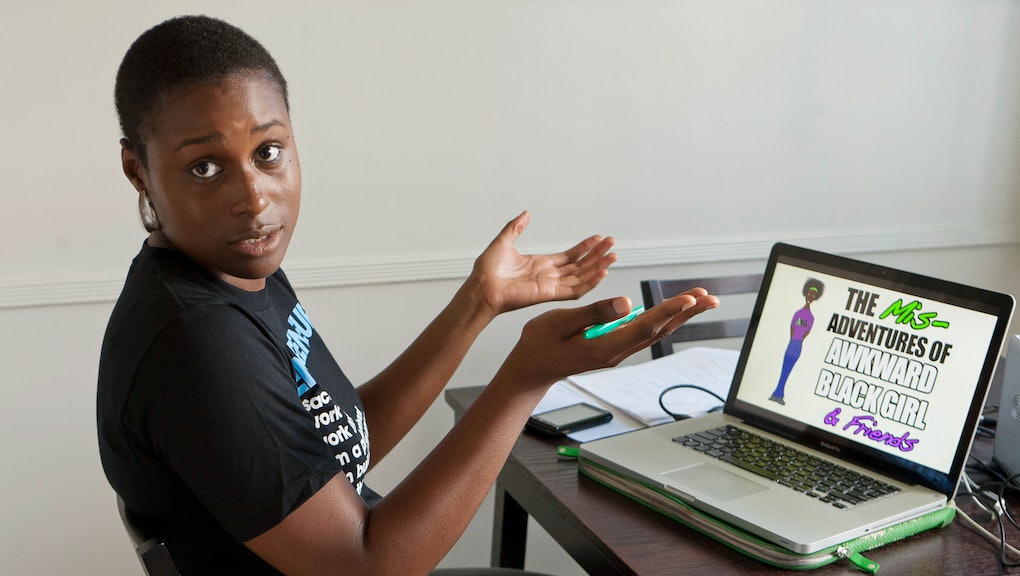 The first trailer for Awkward Black Girl star Issa Rae's new HBO show, Insecure, dropped this week, finally revealing what viewers can expect from a show which took years to make it to television.

In Insecure, Rae plays an outreach worker forced to navigate a world of mostly white coworkers and the mostly black schoolchildren who she helps. The eight-episode first season also focuses on "the friendship of two black women and their uncomfortable experiences and racy tribulations," according to Deadline.

In the trailer, Rae's students inquire why she "talks like a white woman," a coworker asks her what "on fleek" means and the outreach worker tries to explain to her students "Black women aren't bitter. We're just tired of being expected to settle for less."

Rae's new show emerges after a years-long period of development hell since HBO approved her first screenplay in December 2014, the New York Times reported, and in which HBO was reluctant to hire the "primarily young women of color" who she had on her wishlist for the show due to their relative inexperience. Rae had trouble selling the show due to network negotiations, she told Vulture in 2011.

"After meeting with a couple different executives in television, and seeing our visions don't really align, I don't want to sell my life to it now," she told the site. "In one meeting, during the first ten seconds, this guy said, 'The show is pretty funny. This is about a typical black woman with her black women problems.' And then said big names were necessary to make it to television. Everything we were against, he was for."

Fortunately, Insecure is coming to audiences this fall.