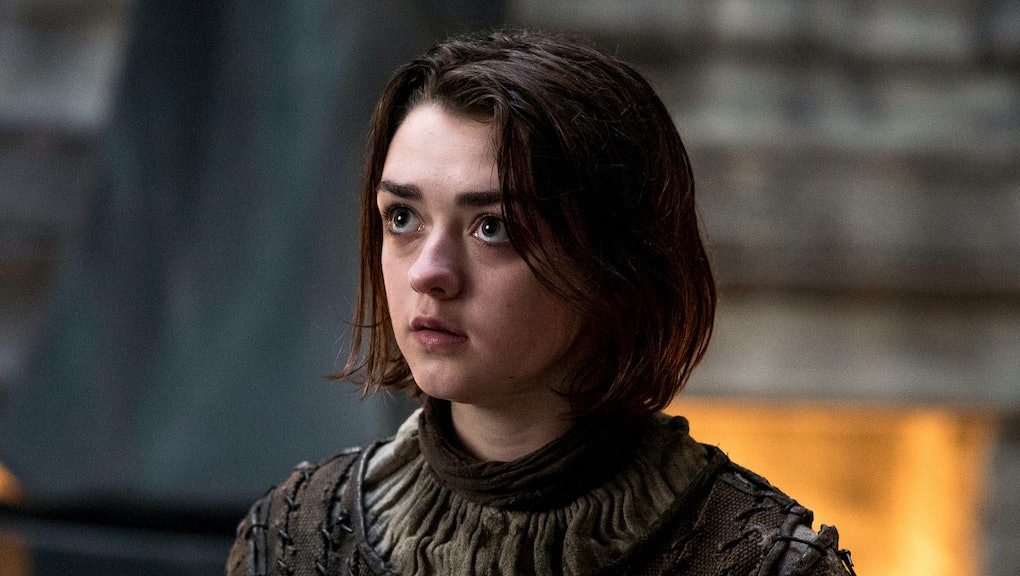 (Warning: This post is dark and full of spoilers from Game of Thrones Season 6.)

Now that Arya Stark's semester abroad at the House of Black and White in Braavos is complete, we haven't heard hide nor hair of the surviving Stark daughter in a full episode. So are we about to see the newly trained assassin make a comeback, courtesy of her new powers?

Here's a theory for what awaits Game of Thrones viewers during the finale tonight, courtesy of the Huffington Post and Reddit user kaztrator.

When the Stark army under the late King Robb Stark marched into the Twins for the Red Wedding and got their backs filled with daggers and crossbow bolts in return, three people were responsible for the monstrous violation of guest right.

Roose Bolton, another of Robb's allies, put the knife in the young king's belly.

Finally, Lord Walder Frey himself laid the trap, and it was he who earned Robb's trust by sharing bread and salt with his guests.

Both Lannister and Bolton have died in their own homes, at the hands of a family member: Tywin was shot through with a crossbow by his son, Tyrion, while Roose was stabbed by his own legitimized bastard, Ramsay.

A similar fate may await Frey. But rather than one of his own sons who does the deed, it might be that there's an assassin capable of perfectly imitating the appearances of others who takes the old man's life. Someone who has spent some time abroad obtaining the skills necessary to infiltrate a well-defended castle. Someone who might be sitting right next to Lord Frey during, say, the feast conspicuously featured in the season finale preview, wearing the face of his sons.

Someone, or no one:

Of course, similar theories about what Arya's up to this season have all fallen flat, so feel free to take this theory with a giant grain of salt — provided, of course, it's not offered by Lord Walder Frey.