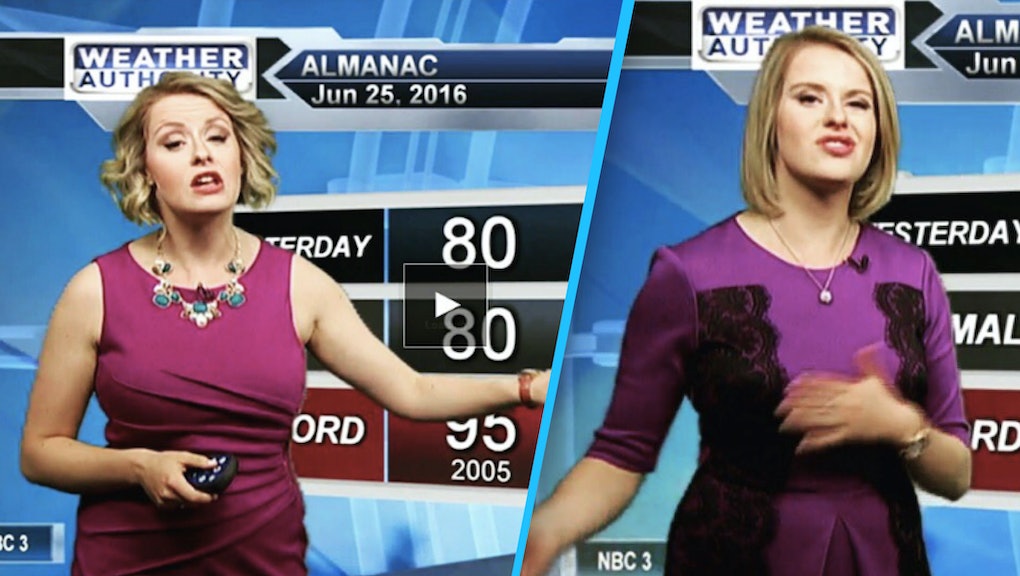 Haven't female meteorologists had to put up with enough?

The latest female meteorologist to endure shaming by viewers is Molly Matott of CNY Central. Why? Because one viewer has an issue with her "underarm boob fat" and how Matott doesn't wear complementing colors.

Some highlights from the viewer's complaint letter: "There are so many things going on here and none of them are good, the range is from underarm boob fat, garish jewelry, clashes in color AND makeup."

Oh, and: "I just turned on my television set and was shaken to the core (almost) at the sight of all of that going on this early on a Saturday morning!"

Here is the full letter from the viewer, courtesy of WUSA 9:

"I don't know, of course, who dresses Molly and I'm not trying to b mean or unkind but the way she is dressed today looks very much like she came directly from a night on the town to work!"

But rather than read this letter in private (and then promptly rip it up), Matott went one step further and released a statement on the letter.

Over on Instagram, she showed just half of her email back to her critic, with this caption:

"I was feeling WAY TOO GOOD about myself today to NOT reply to this nasty email (top left). If anyone else has any comments on my 'underarm boob fat,' I'll take them now. UPDATE: This person wrote back and could not understand my reaction to their 'constructive criticism.' Girl bye."

And so we'll leave it at that. Girl, bye.