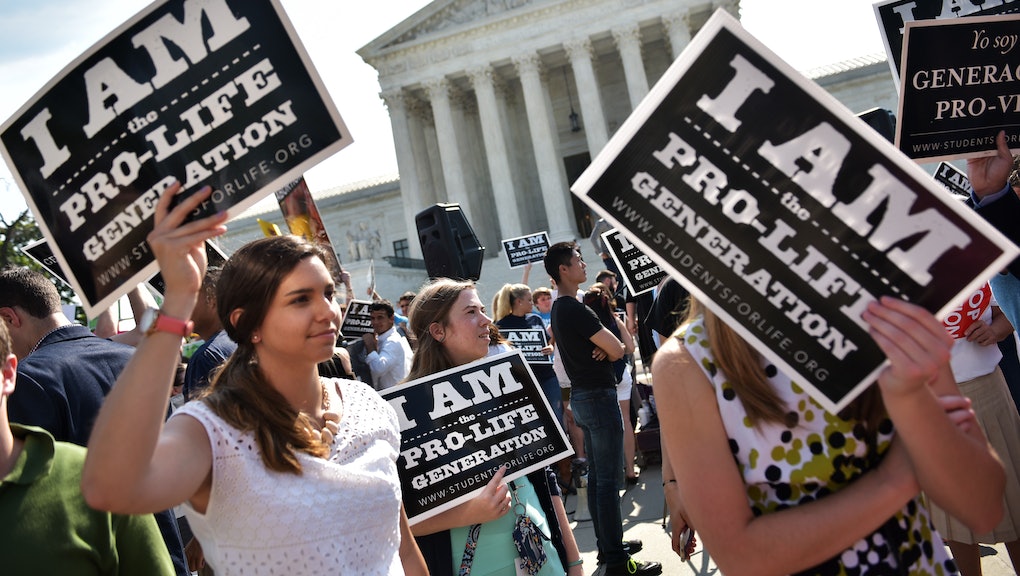 With its landmark decision Monday in Whole Woman's Health v. Hellerstedt, the Supreme Court gave many women reason to celebrate: It invalidated Texas' House Bill 2, a law that would have shuttered the vast majority of the state's abortion clinics, setting a precedent on which states could restrict women's right to safe and legal abortion.

But even as many cheer the 5-3 ruling, some on the right are feeling burned. Conservative Justice Clarence Thomas is one such person. In his 16-page dissent, Thomas decried the majority decision, calling it an example of the court's habit of giving preferential treatment to certain issues.

"Today the Court strikes down two state statutory provisions in all of their applications, at the behest of abortion clinics and doctors," Thomas wrote. "That decision exemplifies the Court's troubling tendency 'to bend the rules when any effort to limit abortion, or even to speak in opposition to abortion, is at issue.'"

The court weighed the case against the ruling it handed down in 1992's Planned Parenthood v. Casey, which held that "undue burdens" — obstacles imposed on women seeking abortion not out of interest for their health, but with an eye to de facto outlawing abortion — on the procedure were unconstitutional.

According to Thomas, whom Chief Justice John Roberts and Justice Samuel Alito joined his dissent, the justices reviewing the case applied "a different standard of review entirely" in reaching their decision than was applied in Casey. "The majority radically [rewrote] the undue-burden test," he wrote.

"There are no 'insurmountable' obstacles stopping women seeking abortions from asserting their own rights, the plurality admitted," Thomas wrote. "Nor are there jurisdictional barriers." It's worth noting that, after HB 2 passed, 38% of Texas women the Texas Policy Evaluation Project surveyed lost access to their closest abortion clinics, obligating them to travel an average of 85 miles to reach the nearest one. A quarter of them had to go more than 139 miles to receive abortion care.

Writing for the majority, Justice Stephen Breyer said the court "found nothing in Texas' record evidence" that HB 2 was rooted in a "legitimate interest in protecting women's health." He noted the state was unable to come up with an example in which the law "would have helped even one woman obtain better treatment." The operating restrictions HB 2 imposed on abortion clinics thus fit the "undue burden" bill. Thomas disagreed.

"'[C]ommonsense inference[s]' that such a burden exists ... are no substitute for actual evidence," he wrote, saying the "special rules" instituted with Monday's decision were a sign that "jurisprudence had gone of the rails."

"A law either infringes a constitutional right, or not; there is no room for the judiciary to invent tolerable degrees of encroachment. Unless the Court abides by one set of rules to adjudicate constitutional rights, it will continue reducing constitutional law to policy-driven value judgments until the last shreds of its legitimacy disappear."