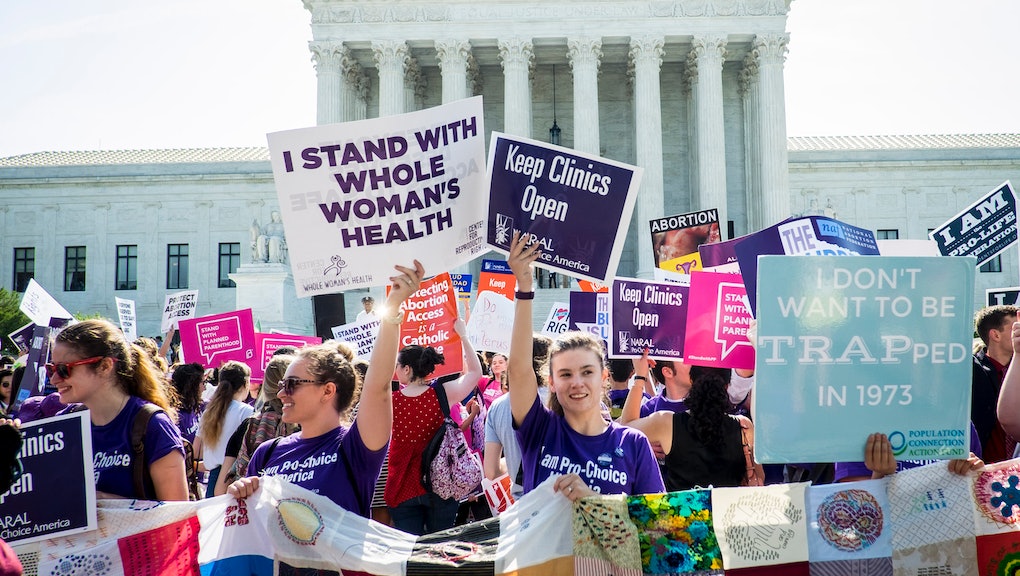 Monday's Supreme Court decision to knock down a restrictive Texas abortion law could have sweeping implications for abortion rights in the United States, ultimately making it easier for women to access abortions across the country.

The ruling could lay the groundwork for striking down any restriction on abortion — including mandated ultrasounds, waiting periods and even 20-week abortion bans — if there is no medical evidence that proves it protects women.

The ruling tightened the definition about what constitutes an "undue burden" for a woman seeking an abortion, a standard that was set back in 1992 with Planned Parenthood v. Casey.

Monday's decision in Whole Woman's Health v. Hellerstedt now dictates that laws intended to create hurdles to abortion access must be backed up with medical evidence that justifies putting those hurdles in place.

Experts say language threatens laws in a number of other states across the country, such as Mississippi and Florida, which set restrictions like mandatory pre-abortion counseling and waiting periods for women seeking abortions.

"Forcing doctors and clinics to jump through hoops that in no way enhance women's health or wellbeing but serve only to make abortion less available to those who seek it will no longer have a place on the 'ready options' list of anti-abortion legislative activists," Sherry Colb, a professor at Cornell Law School, said Monday in an interview.

In all, 38 states require women to receive counseling before undergoing an abortion, according to the Guttmacher Institute, a group that seeks to increase access to reproductive health services. Additionally, 28 of those states then make women wait for a mandated period of time after the counseling before the procedure.

A number of other states, such as Alabama, require a woman to receive an ultrasound before receiving an abortion, according to Guttmacher.

Experts say laws like these, as well as any new laws that impose restrictions on abortion access, are now in jeopardy.

"The Supreme Court's decision makes clear that courts will scrutinize claims by legislatures. The Supreme Court underscored the independent duty of courts to collect evidence and make factual determinations," said Clare Huntington, a professor at Fordham University School of Law.

"This is a clear-cut win for supporters of reproductive health," Huntington said.