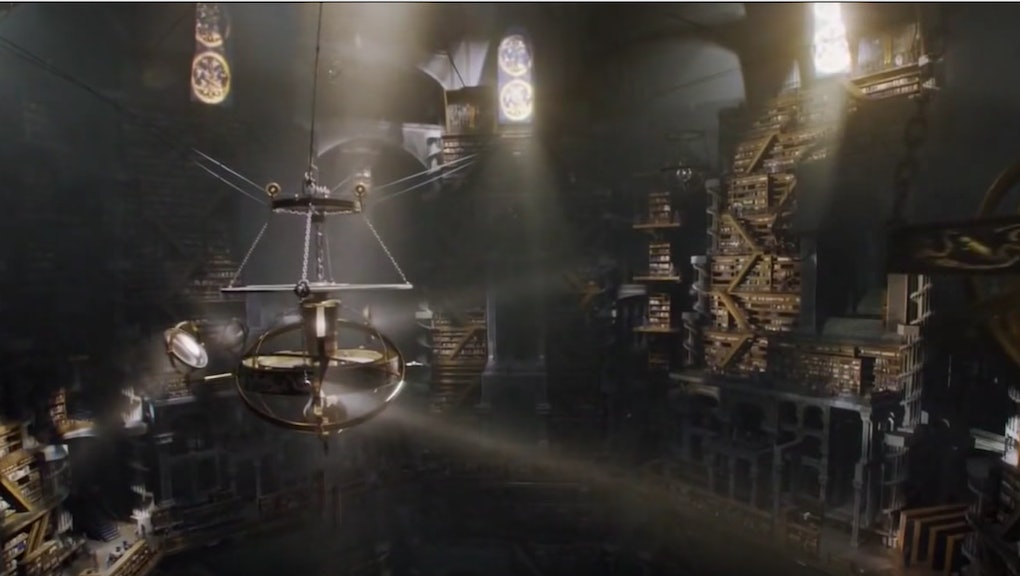 The explosive end to this season of Game of Thrones was writ so large, it's easy to overlook the smaller, even minuscule details that made this episode so excellent — but that's exactly where the proverbial devil lies.

For proof of this blink-and-you-miss-it genius, look no further than Samwell Tarly's long journey to Oldtown, where he finally reached the Citadel to begin his training to be the next Maester of the Night's Watch.

Now, aside from the fact that the Citadel gorgeous, grandiose library has a Harry Potter meets Beauty and the Beast vibe...

It also featured a magnificent structure that, in retrospect, should look familiar to just about everyone watching the show.

As Redditor Samurio pointed out, the chandelier-like structure in the Citadel library bears a striking resemblance to the spinning calendar/astrolabe/"Sun-thing" from Game of Thrones' opening credits.

Given that the Maesters of the Citadel are an all-knowing source in Westeros — as demonstrated when they released all the white doves to indicate winter has finally arrived — it's fitting that a symbol from their library would overlook the Westerosi map during the credits.

Moreover, as another eagle-eyed redditor, SulkyShulk, added, the magnifying glass that the unnamed Maester is using at the beginning of the scene is another understated hint at the credits. In turn, it could suggest we are, essentially, viewing Game of Thrones through the lens of a Maester telling a historical account of Westeros in the future. Perhaps, even Sam himself?

Once again, the littlest details in Game of Thrones can be particularly revealing, but it's unlikely we'll get definitive proof of this anytime soon. After all, instead of admiring the scenery, Sam's goal to find a way to stop the White Walkers takes some precedence — especially since winter has finally arrived.