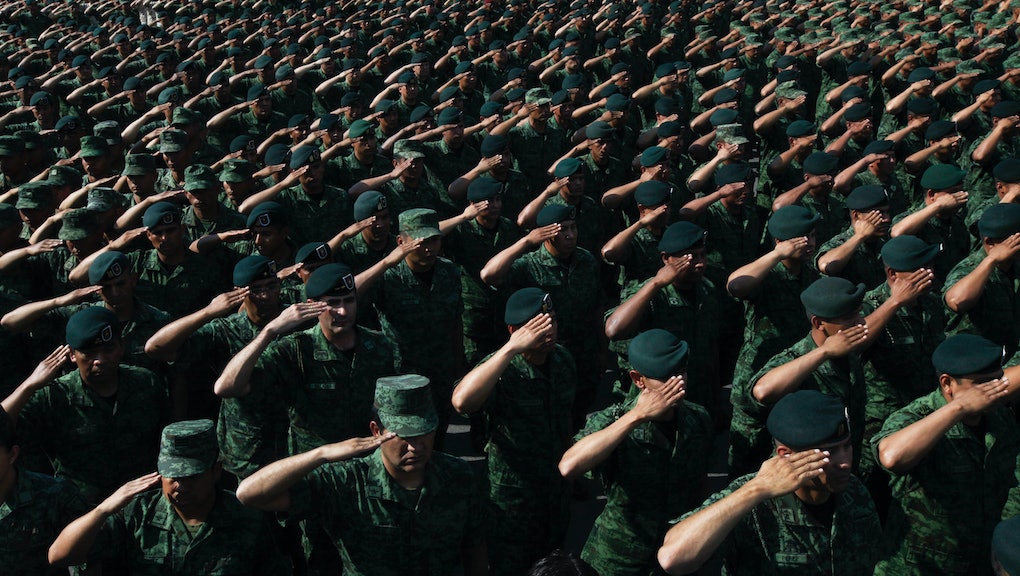 Women in Mexico are being tortured by officials at every level of law enforcement, according to a report released Tuesday by Amnesty International, which is available for download here. Violent threats, aggressive groping, severe beating, gross genital trauma and rape are all tactics Mexican law enforcement officers use, with "almost absolutely impunity," to extract confessions.

Mónica Esperanza Castro is one such woman, and she recounted her story to the human rights organization.

In 2013, she was driving through Torreón, Coahuila, in Mexico with her husband and her brother when municipal police stopped their car. Without producing a warrant, the officers took the trio to a warehouse where they forced Castro to watch as her husband was beaten, his skin peeled off; where she was tortured by "simulate[d] drowning," suffocation, electrical shock to her genitals. She was then gang raped in front of the two men. All this before authorities officially placed them in custody, at which time they forced Castro to sign a confession saying she was part of a drug cartel. Her experience is, according to the report, frighteningly typical.

Amnesty International interviewed 100 women imprisoned in Mexico. All of them had experienced at least "verbal or psychological violence," 97% reported physical violence and 72% said they'd been sexually assaulted, whether at the hands of local police, federal police, army officers or naval officers.

The institutions involved actively suppress information on this behavior — indeed, the minister of the interior and his office's undersecretary for human rights interfered with Amnesty International's research, apparently trying to block it.

"Women are often targeted because of their gender, their bodies are often used in a certain way and targeted in a certain way, and we often see women from disadvantaged backgrounds are the ones that are the easiest targets for authorities," Madeleine Penman, a researcher who contributed to the report, told the New York Times.

Victims are scapegoats in Mexico's war on drugs, according to the Cut, unlikely to report assault and convenient to use as proof that the government is gaining ground against cartels. But arrests are often baseless, as evidenced by Castro's story.

Amnesty International is hoping that, in Mexico, its report will translate to direct action from President Enrique Peña Nieto and the government. And indeed, it seems time — earlier in June, a report by the Open Society Justice Initiative accused Mexico of committing crimes against humanity in its war on drugs.