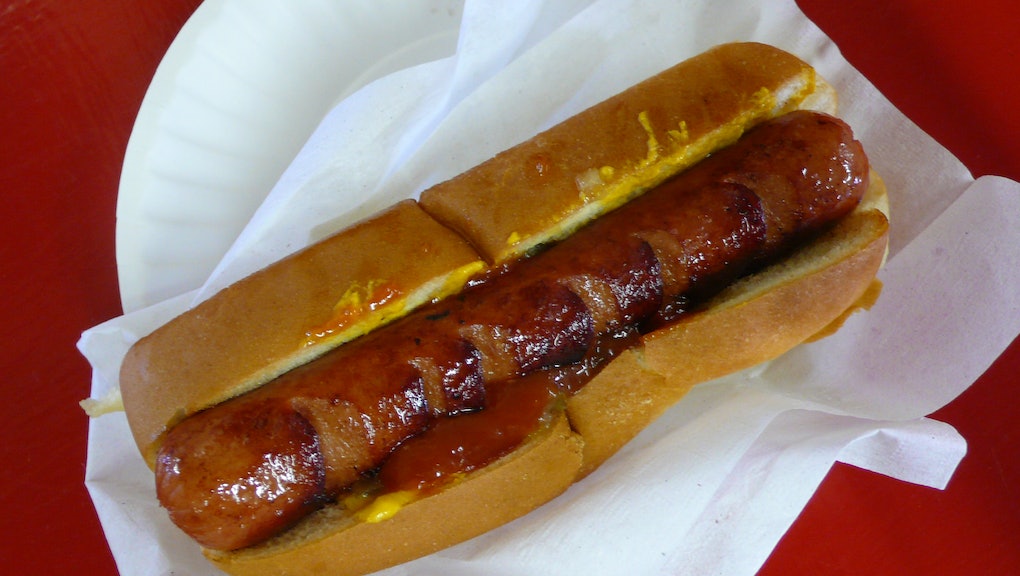 The men of 'N Sync are tearing up our hearts and our appetites this week. First, Justin Timberlake said bye, bye, bye to the internet's good graces by posting a controversial tweet about the BET Music Awards. And on Monday, Joey Fatone announced he'll be opening a hot dog cart.

Fatone's semi-eponymous food cart "Fat One's Hot Dogs and Italian Ice" will open in August in the Florida Mall, the Orlando Sentinel reported. The name is a play on Fatone's last name and the fact that he is a bit larger than his 'N Sync peers. Now, and then.

"Launching Fat One's at the Florida Mall, where I roamed as a middle school kid, felt like a perfect fit for our first location," he told the Orlando Sentinel. Aw, now we're imagining a baby-faced Fatone sauntering through the local mall like his frosted tips make him the middle school king of the land.

Fatone is no stranger to the food industry — he's actually spent years working on television food shows. He starred on season three of Chopped All-Stars, and has also hosted several other food shows, Food Network reported.

Don't worry, fame hasn't made him too high brow — his culinary icon is Guy Fieri and the first dish he learned to make was "mac 'n cheese from a box," according Food Network.

Will he serve some (dirty) pop at his stand too? All that matters is that you get hyped.