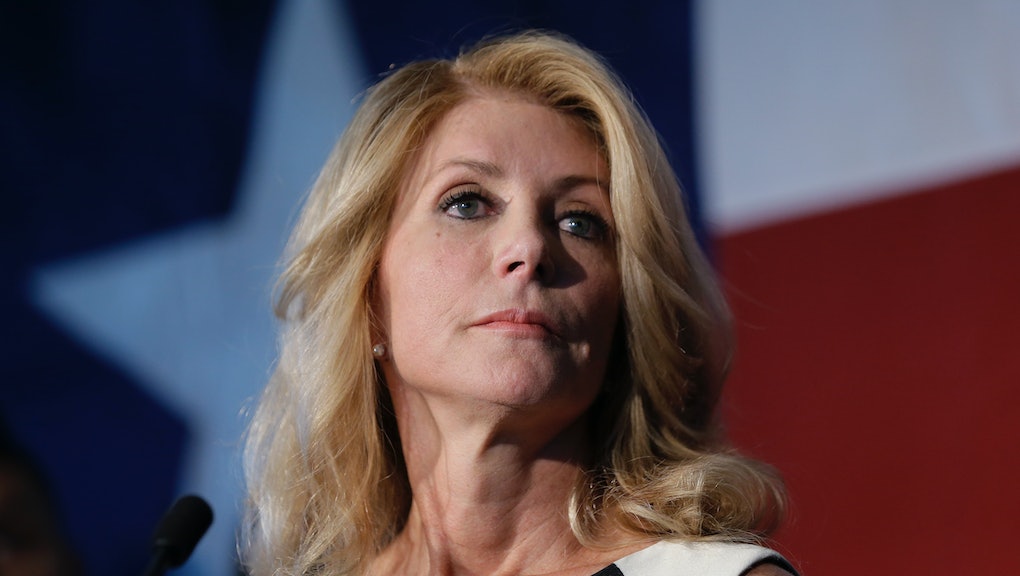 It's been nearly three years to the date since Wendy Davis' historic 13-hour filibuster against a bill proposing restrictions on abortion access in Texas.

And Monday, the Texas lawmaker was in tears after hearing the Supreme Court ruled the state's law was unconstitutional in a 5-3 decision.

"I'm overjoyed," Davis said Monday in an interview with MSNBC. "I have to tell you, I was fighting back tears a moment ago, as I was reading the SCOTUSblog and the first line that came out saying that the 5th Circuit opinion or decision had been reversed."

Despite the big win, Davis believes there's still a long way to go in women's rights and equality.

In an interview with Rolling Stone's Lauren Kelley, Davis said there are still several issues where women are denied equal rights.

"Just to name a few of the things I'd hope we move forward on: pay equality; an increase in the minimum wage, which of course disproportionately impacts women; access to affordable, quality child care, which holds so many women back from continuing their education or becoming a part of the workforce; continuing to uphold women's reproductive freedoms and access to the kind of care that Planned Parenthood provides, and keep that care funded," Davis said.

But there's another legislative provision the Democratic politician hopes to see repealed: the Hyde Amendment. The amendment prohibits certain federal funds like Medicaid to be used to pay for abortions, and according to Davis, is unconstitutional.

The Hyde Amendment "has created a divide in this country that was never intended in the Constitution," she said. "Our rights should not depend on how much money we have in the bank, and because of Hyde and the inability of women to receive financial support in accessing abortion, we do see a divide."

However, Davis believes the Supreme Court decision is big news for women outside of the state of Texas.