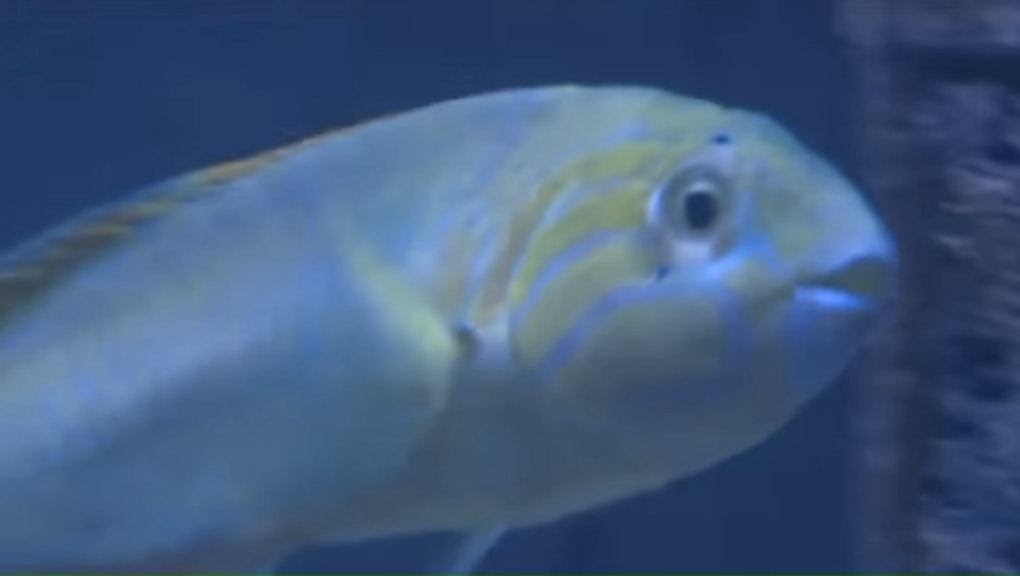 Prosthetics have given our dogs, ducks and turtles a better quality of life. Now, Kiwi the fish can be added to the roster of rehabilitated pets.

Kiwi, a pet fish from Missouri, lost his eye to a cataract — and was subsequently picked on by his bowlmates, BuzzFeed reported.

"They figured out which eye was not working," Kiwi's owner, Julie Morgan, said, according to BuzzFeed. "They'd go up behind him, biting his tail. He had chunks of his tail taken out."

Thankfully, this fish story has a happy ending.

"I actually hand-painted the eye myself," Baebler told local television station KTVI. "I used a mixture of some nail polish and some eye shadow pigments, actually, to give it some iridescence."

Surgery on fish? There are a lot of conflicting studies on whether or not fish feel pain, and a Google search into whether fish can feel "self-conscious' was futile. Still, experts say we should still treat fish ethically.

"Although scientists cannot provide a definitive answer on the level of consciousness for any non-human vertebrate, the extensive evidence of fish behavioral and cognitive sophistication and pain perception suggests that best practice would be to lend fish the same level of protection as any other vertebrate," professor Culum Brown, author of the paper "Fish Intelligence, Sentience and Ethics" said, according to Psychology Today.

"We should therefore include fish in our 'moral circle' and afford them the protection they deserve."

So maybe think twice before flushing your Kiwis down the drain.