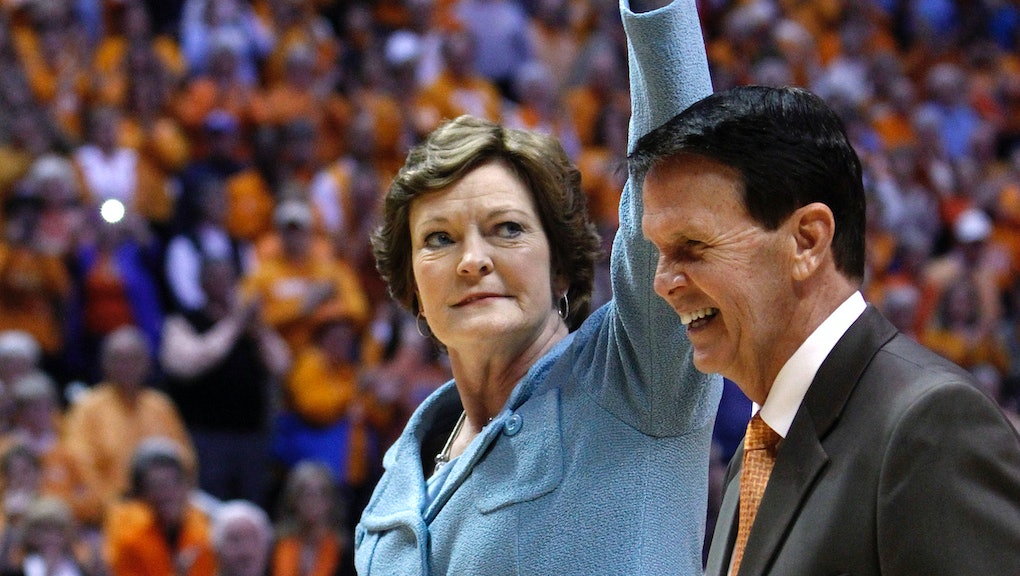 As the coach of the Volunteers for 38 seasons, Summitt guided the team to 1,098 victories, the most in Division I college basketball history for men or women, and boasted a staggering 100% graduation rate for players who completed their eligibility. Summitt stepped down from her position in 2012 after announcing she had early onset dementia, Alzheimer's type.

Summitt's son, Tyler Summitt, said in a statement she died peacefully at an assisted living center in Knoxville, Tennessee, while "surrounded by those who loved her most."

"She'll be remembered as the all-time winningest D-1 basketball coach in NCAA history, but she was more than a coach to so many," the statement read. "She was a hero and a mentor, especially to me, her family, her friends, her Tennessee Lady Volunteer staff and the 161 Lady Vol student-athletes she coached during her 38-year tenure."

While Summitt's contributions on the court were impressive and landed her a spot in the Naismith Memorial Basketball Hall of Fame, her success was also integral to the growth of women's sports — particularly since her eight NCAA titles came after the advent of Title IX in 1972. For perspective, she took the reigns at Tennessee eight years before women's college basketball was considered a sport by the NCAA.

In 2011, Summitt shared the Sports Illustrated Sportsperson of the Year award with Duke men's basketball coach Mike Krzyzewski. And, in 2012, she was awarded the Presidential Medal of Freedom by President Barack Obama.

"Pat's gift has always been her ability to push those around her to new heights, and over the last 38 years, her unique approach has resulted in both unparalleled success on the court and unrivaled loyalty from those who know her and those whose lives she has touched," Obama said.