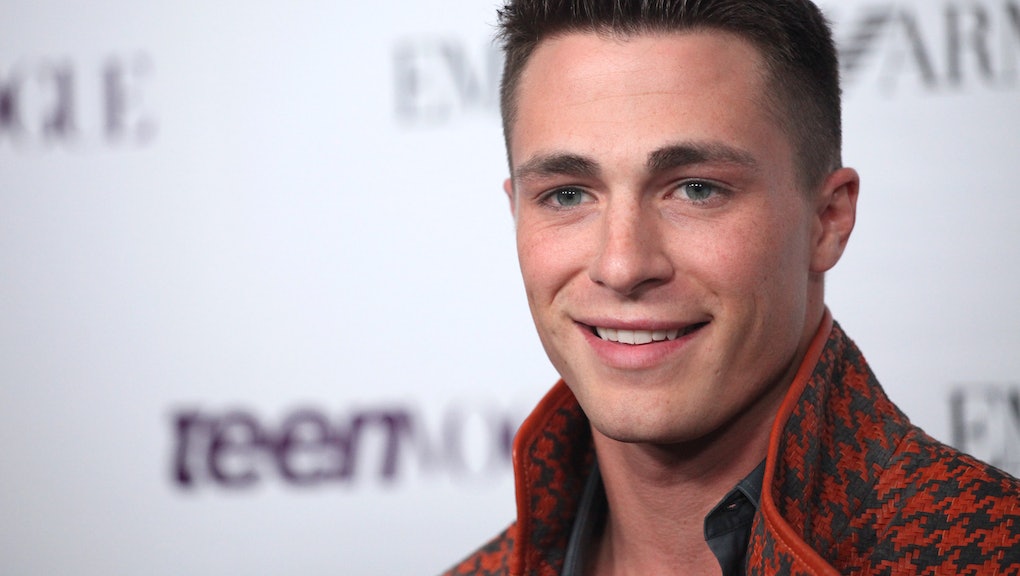 Following in the footsteps of clothing collections from Adam Levine, Kanye West, Pharrell Williams and Dwyane Wade, Colton Haynes — best known for his appearances on Teen Wolf and Arrow — is fancying himself a designer with yesterday's surprise announcement that he will be releasing a clothing collection.

"Today ... My clothing line became official!!!" the model-turned-actor revealed in an Instagram post to his 4.6 million followers. "The company has finally been formed. I can't tell u the name yet but I can't wait to give y'all the info!"

This news was first hinted at in a May Entertainment Weekly profile, but this is Haynes' first confirmation of it being produced.

The name of the collection and what it will consist of or where and when it will be sold are all unknown, though we've reached out to Haynes for more details. But one thing is certain: Haynes has the resources to pull this off.

From Mandy Moore's failed Mblem clothing line to Jennifer Lopez's discontinued Sweetface, celebrity clothing lines, while ubiquitous, aren't always an easy sell to consumers. What can often be the biggest hurdle is the relationship between the celebrity and clothing — and how much input they have in the design process and the end result.

Haynes, however, has been a longtime fashion darling dating back to his early days as a model for Abercrombie & Fitch. By 16, he was appearing in the page of L'Uomo Vogue. In the decade since, in addition to his acting, he's appeared in high fashion editorials for Flaunt, VMAN, Essential Homme, Hero, Schön and more, as well as campaigns for Diesel and a reunion with A&F in 2014.

Not only that, design runs in his bloodstream: His brother's husband, Scott Culley, recently launched Gayby Apparel, an LGBT children's apparel line.

He even got face time with legendary New York Times fashion photographer Bill Cunningham, who passed away on Saturday at 87.

Now, this is not to say that being a fashion insider does a good designer make. However, it lends confidence to the notion that he can succeed in this field, given his ample resources in terms of fashion acumen — not to mention his keen eye for a well-tailored suit.