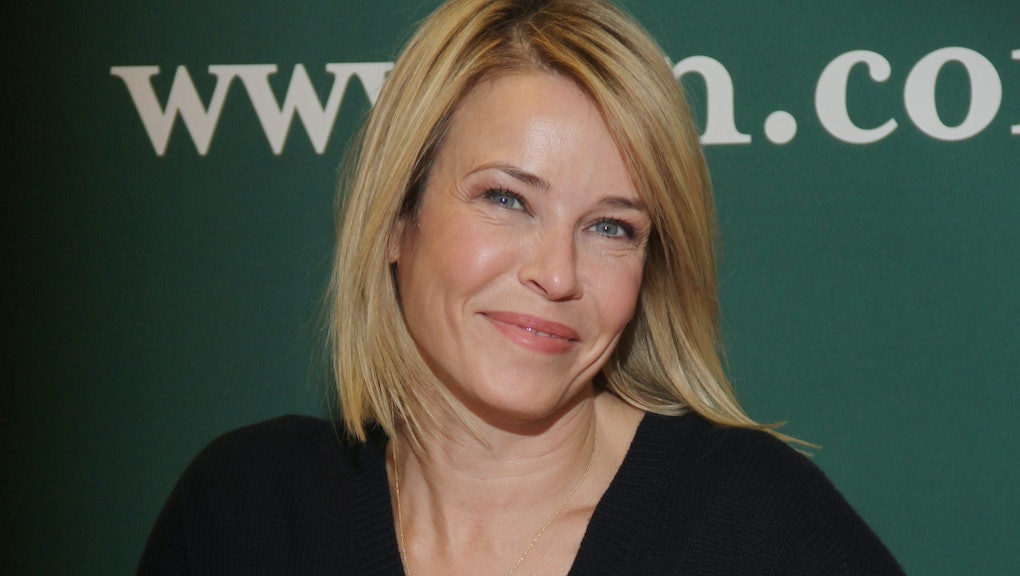 Chelsea Handler Opens Up About the Reason She Had Two Abortions

Comedian Chelsea Handler just published a deeply personal essay about getting two abortions when she was 16 years old.

"I was going through a very bad stage in my life," Handler wrote in her Playboy essay. "I hated my parents and I was having unprotected sex with my boyfriend, who was not someone I should've been having sex with in the first place."

When Handler got pregnant the first time, her parents took her to Planned Parenthood to have an abortion. "When it was over, I was relieved in every possible way," she wrote. When she got pregnant a second time by the same boyfriend, however, she had to raise $230 on her own to have the procedure.

"I'm grateful that I came to my senses and was able to get an abortion legally without risking my health or bankrupting myself or my family," she wrote. "I'm 41 now. I don't ever look back and think, God, I wish I'd had that baby."

Handler's essay was published during a historic week for reproductive rights in the United States. On Monday, the Supreme Court struck down a Texas law that would have required many state abortion providers to shut down, forcing women to travel hundreds of miles to obtain safe abortion services.

The court ruled that the law placed an "undue burden" on women seeking abortions in the state, thus ensuring that Texas women will have access to safe and legal reproductive health care services. Yet as Handler pointed out in her piece, many women in states like Mississippi, which currently only has one abortion clinic, aren't so lucky.

Keeping abortion accessible, and not just for those with the financial resources for travel, goes a long way toward protecting the rights of American women. Looking back, Handler is grateful that she had the opportunity to avoid becoming a mother too early in life.

"Anybody who carefully decides not to become a parent—let alone a bad parent, which is what I would have become—should be applauded for making a smart and sustainable decision," Handler wrote.