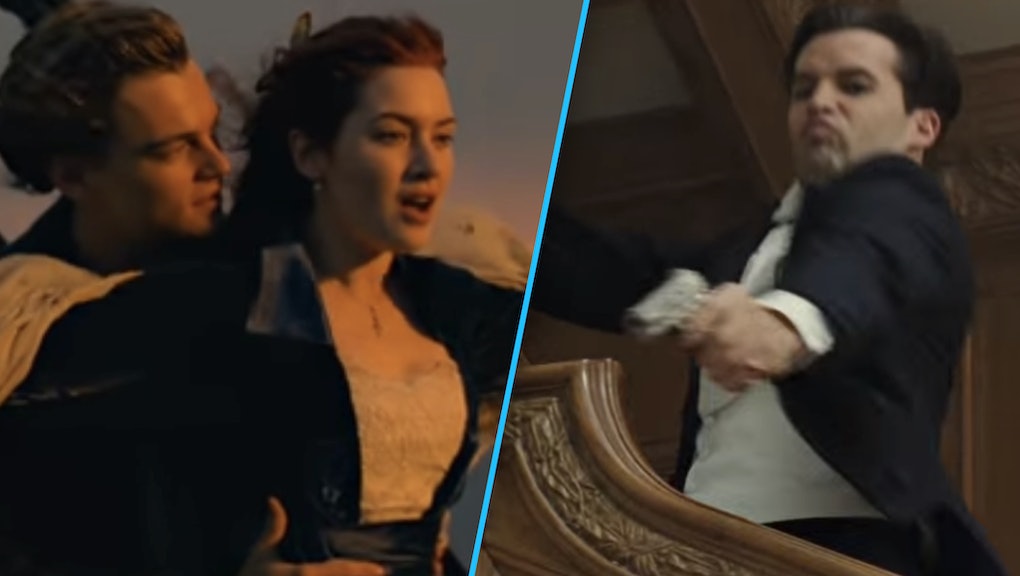 Remember that scene in Titanic when Rose's wealthy fiancé Caledon "Cal" Hockley completely loses his shit because of her decision to leave him for scrappy peasant Jack Dawson? You know, when he chases Rose and Jack around the sinking ship while screaming maniacally and shooting at them with a pistol?

Yeah. He was a peach. Rose should have taken him back!

At least, that is the very bad opinion of Billy Zane — the actor who played Cal in the film. On a recent segment of The Today Show, Zane suggested an alternate ending to the 1997 blockbuster: Rose should've given him a second chance at love.

He was misunderstood! [Cal] wasn't the iceberg. [Cal] didn't drown 2,000 people... I think he found redemption by the end. I wish he had found her on the Carpathia [the ship that rescued the Titanic survivors] and was able to right his wrongs.

Again, this is a very bad opinion, because Cal was the worst. In addition to his generally smug demeanor, his table-flipping anger problems and the fact that he used someone else's child to sneak into a lifeboat, let's not forget that at one point in the movie, Cal predicts that Pablo Picasso "won't amount to a thing," which just shows poor judgment if nothing else.

We can all agree that Rose's decision to turn down the lifeboat to be with Jack was, in Jack's words, "so stupid." But her decision to ditch Cal was indeed very smart. So get over it already, Billy Zane!