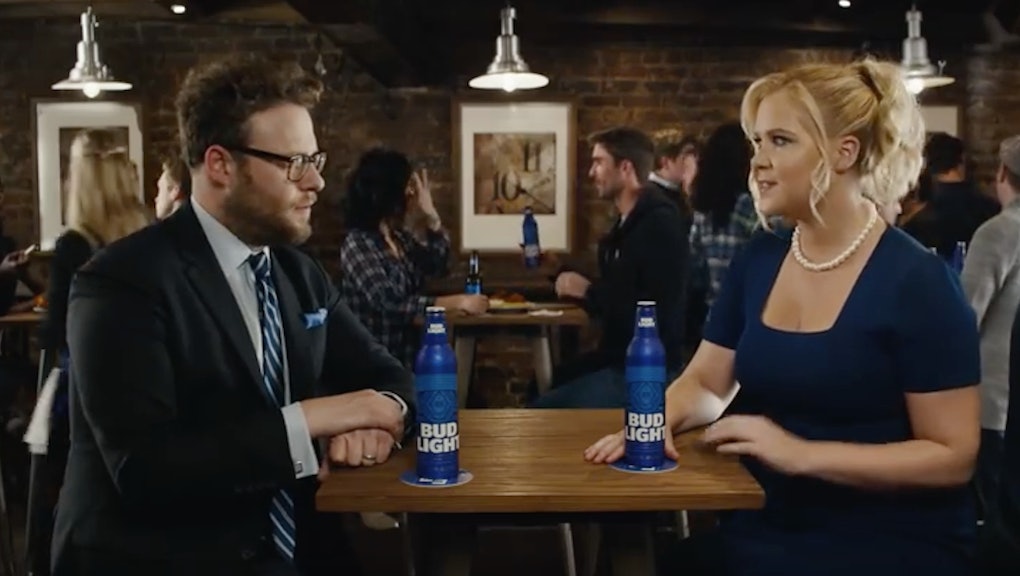 In a new ad for Bud Light, Amy Schumer and Seth Rogen are chatting over some beers, when Schumer finds herself in the position of explaining that it's not just unequal pay doing a number on women's wallets.

The comedian teaches Rogen about the so-called "pink tax," that darling little phenomenon that has women paying more for certain products and services.

"You pay more but get paid less?" he says. "That's double wrong!"

Indeed, the "tax" sees that products marketed towards women are priced higher than their virtually equivalent male product counterparts. For typical personal hygiene products, such as razors, the difference can amount to as much as $100,000 in a woman's lifetime.

Now, calculate in the fact that women already make just 77 cents (or less) to every man's dollar, a loss of about $400,000 in her lifetime, and the gender gap has become disturbingly wide.

The ad is a part of the "Bud Light Party" campaign, which has Rogen and Schumer tackling the social issues consuming Americans, like gay marriage.

Watch the commercial below: