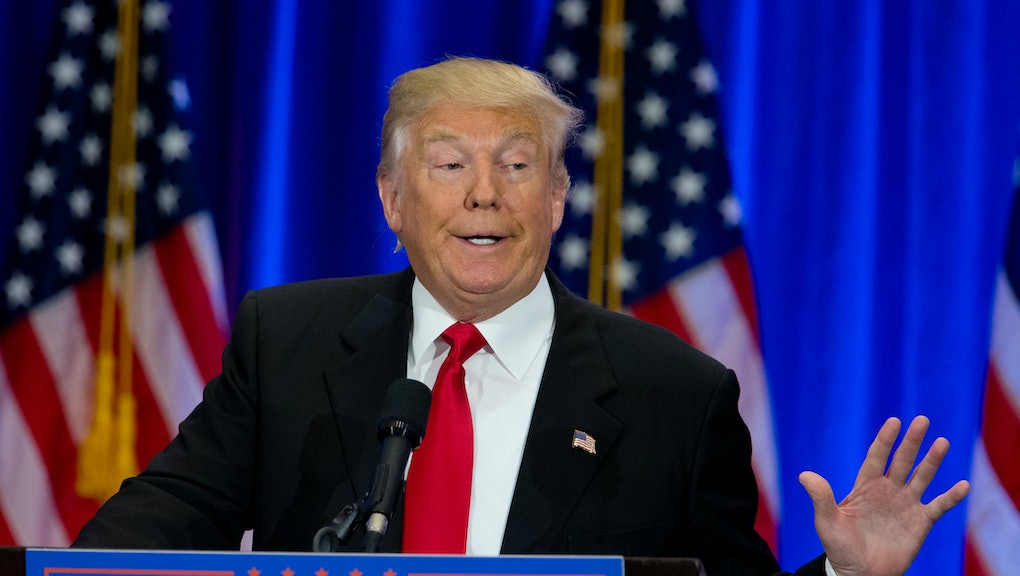 Who Will Donald Trump Pick as His Vice President? Here Are His Likeliest Choices

With Trump's polling numbers in decline following a series of campaign trail blunders after he clinched the nomination in May, top-tier GOP elected officials who in any other year would clamor for a spot on a Republican presidential ticket are unlikely to accept the gig.

"I do think there's reluctance for any of the top-tier names to associate with Trump and what risk that may pose to their own political futures," said Jason Roe, a California-based Republican consultant. "He has demonstrated that he doesn't plan to modify the way he's running his campaign, and so you are left in a position of having to defend things that are sometimes very difficult to defend. And that's not really the position i think any running-mate wants to be in."

Still, there are a handful of Republicans who have publicly stated their willingness to accept a position as Trump's running mate.

Here's a list of the top three names floating as Trump's VP:

Former House Speaker Newt Gingrich has been a Trump cheerleader since it first became clear the bombastic businessman was running away with the GOP nomination.

And he's been vocal about his willingness to run on Trump's ticket.

He served as speaker from 1995 until 1999, during which he helped the GOP craft the successful "Contract With America" that buoyed Republicans into the majority, as well as led the House during the Republicans' impeachment hearings against then-President Bill Clinton.

But Gingrich's personal life is unlikely to help Trump's dismal image with women.

Like Gingrich, New Jersey Gov. Chris Christie has been one of Trump's earliest endorsers and biggest defenders on the trail.

Christie has shown a willingness to defend Trump's controversial statements and policies — a key attribute for a vice presidential running mate.

He also also proved himself to be a strong debater during the course of his failed presidential bid — another role a VP pick must take on during the vice-presidential debate.

Still, Christie's tell-it-like-it-is style might not make for the best match for Trump, who some Republicans think needs to pivot to a more even-heeled demeanor.

"I think Christie doesn't help. I think it's doubling down on what Trump already brings, which is a certain punch-you-in-the-face approach," Roe said.

Christie is also still fighting a battle over "Bridgegate," a controversy back home over his alleged role in a closure of the George Washington Bridge, which caused major traffic delays and which Democrats say was politically motivated.

And a trial on the incident that involves two of Christie's closest former aides is set for September, which would bring unwanted controversy for Trump's own bid.

As the first sitting senator to endorse Trump's campaign, Jeff Session has also emerged as one of Trump's top surrogates.

The Alabama Republican has said Trump is the future of the GOP, and urged his fellow GOP colleagues — some of who have refused to endorse Trump or even attend the convention next month — to get on board with his candidacy.

"He's been with Trump since last summer," said Texas Republican consultant Matt Mackowiak, who added that Sessions has "the most enthusiasm" to be Trump's VP.

Sessions also has little to lose. As a 69-year-old Republican senator in deep-red Alabama, he'd face little to no blowback for being a conductor of the Trump train.

Yet Sessions, an immigration hardliner, could also further endanger Trump's support with Hispanic voters — with whom he desperately needs to make inroads in November.

Oklahoma Gov. Mary Fallin enthusiastically endorsed Trump in May, and since then has been oft-mentioned as a potential VP pick.

During her endorsement speech, Fallin said it was "a great honor just to be mentioned" as a vice-presidential contender.

"I were to receive a call that said: 'I need you to help make America great again,' I'd be happy to take that call," Fallin said, according to local Oklahoma television affiliate KOCO.

Fallin has both state and federal experience, having been a member of Congress before she was elected governor. And as a woman, she could help Trump appeal to female voters — with whom he currently trails presumptive Democratic presidential nominee Hillary Clinton by wide margins.

Yet the Trump campaign has said they won't pick a vice president based on race or gender because that would be "pandering," as campaign chairman Paul Manafort told the Huffington Post in May. That could put Fallin out of the running.