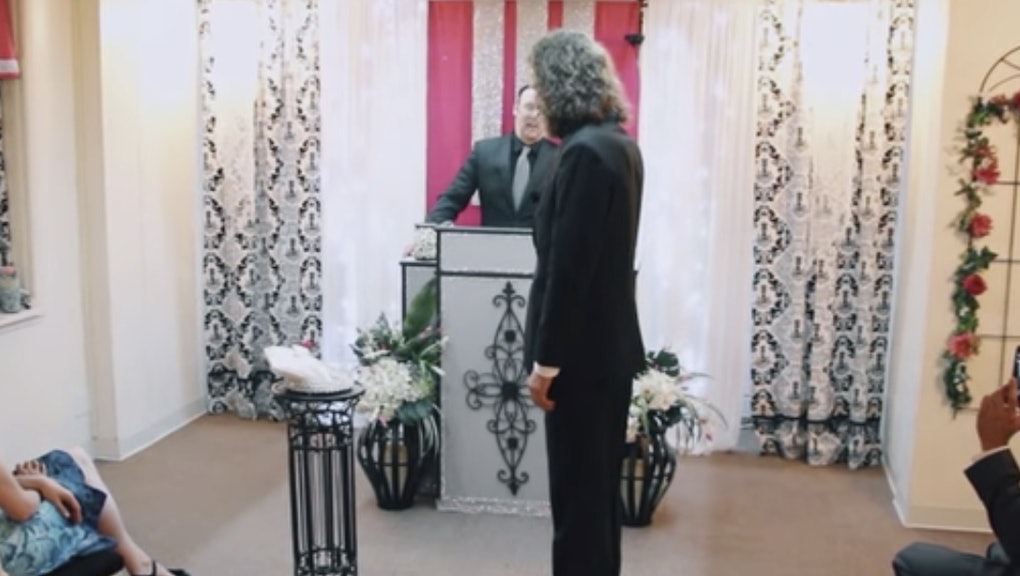 Los Angeles Man Aaron Chervenak Loved His Smartphone So Much, He Decided to Marry It

If you think you have an unhealthy attachment to your smartphone, get a load of this guy. According to Las Vegas news station KTNV, Aaron Chervenak of Los Angeles drove all the way to the Little Vegas Chapel for the chance to join his smartphone in holy matrimony.

"At first it was like, 'What?'" chapel owner Michael Kelly told KTNV. "And then I was like... 'All right, let's do it.' We don't really have many people that marry inanimate objects."

Given that it's obviously not legal to legitimately marry an object in Nevada (or anywhere), WTF is going on here? Why stage a fake ceremony to a smartphone in the first place?

Ah. So it's an attempt to make a statement about how addicted we are to our devices, which manifests itself in nomophobia, the word for the crippling fear we experience when separated from our smartphones. This is not the first time we've been down this road, lest we forget the 2013 movie Her, in which a dude somehow manages to fall in love with his computer's operating system.

Anyway. It should be interesting to check back with this guy in two years when he's eligible for an upgrade.