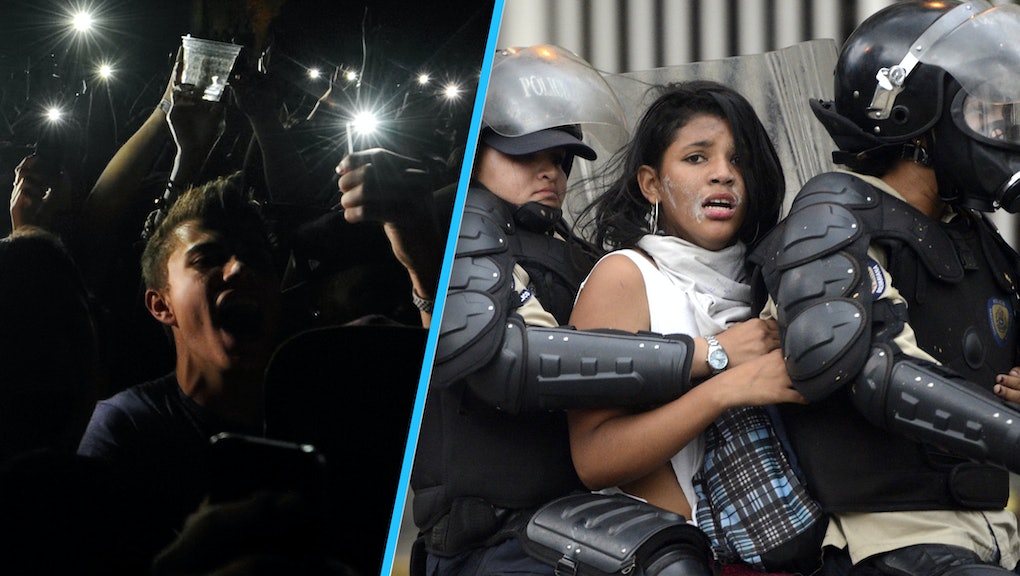 Anyone who has a smartphone is capable of whipping out a high-resolution camera and filming injustice in progress. That technology is how we've become exposed to police abuses nationwide and helped inspire a new wave of police reform activism.

Technology makes that kind of accountability possible, but technology could also undo that progress.

Apple was granted a patent Tuesday for a new system that would allow people and institutions that are equipped with a certain infrared light emitter to shut down photo and video recording on nearby iPhones.

The technology's supposed purpose, according to the patent, is to prevent bootlegging movies, or recording in private spaces like concerts. This is how the technology would work:

[A]n infrared emitter can be located in areas where picture or video capture is prohibited, and the emitter can generate infrared signals with encoded data that includes commands to disable the recording functions of devices. An electronic device can then receive the infrared signals, decode the data and temporarily disable the device's recording function based on the command.

Who could object to that? Filming at concerts sucks for everyone. Concertgoers overpay to see their favorite performers through a sea of raised phones, and Beyoncé gets her blowout performances put up on YouTube after the first show on the tour.

But given how police have secretly adapted new kinds of technology, from Stingrays that can intercept text messages in transit to license plate scanners, it's not hard to predict how police could take on as part of their arsenal, regardless of Apple's recent anti-surveillance track record.

Filming police in public is a protected right that police have trampled over in the past. Police are often caught trying to confiscate or destroy phones and video footage. And apps that instantly upload video to an online database as they're taken, like the American Civil Liberties Union's Mobile Justice, exist to thwart those attempts at suppressing public scrutiny.

The Supreme Court case Glik v. Cunniffe gave people the right to hold police accountable by filming and photographing them in the course of their work. No one will know whether they can rightfully push back with their own tech until they try.

We've reached out to Apple for comment, and will update this story with further developments.