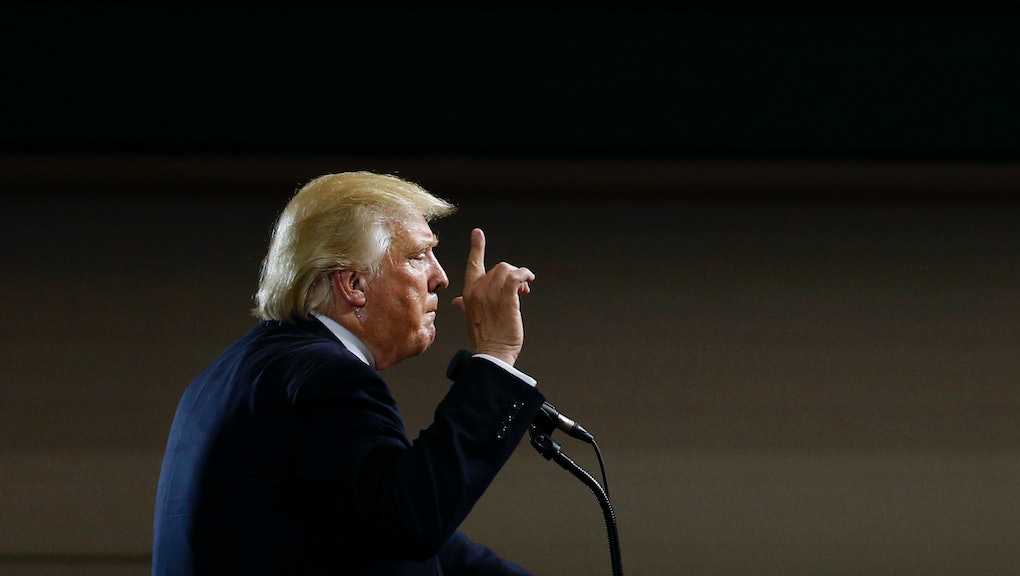 At a rally in Clairsville, Ohio, Tuesday night, Donald Trump turned the conversation toward globalization and trade, knocking the Trans-Pacific Partnership, the massive multi-national trade deal signed by President Barack Obama in February.

He likened the deal to, of all things, rape.

"The Trans-Pacific Partnership is another disaster," said Trump. "Done and pushed by special interests who want to rape our country, just a continuing rape of our country — that's what it is too, it's a harsh word."

"That's for raping our sovereignty!" she cried at the time.

But while there may be legitimate critiques of the Trans-Pacific Partnership, none should include the word "rape," which should be reserved for its one and only meaning: forced sexual intercourse.

Using "rape" as a metaphor for anything else diminishes the reality of the heinous crime.

That was the takeaway of a powerful Feministing column, "How Not to Confuse 'Rape' With a Fun Slang Word," written by an anonymous rape survivor last year: "When we use this word to signal the positives of these traits of domination, humiliation and dehumanization, we water down the word while glorifying much of what it represents."