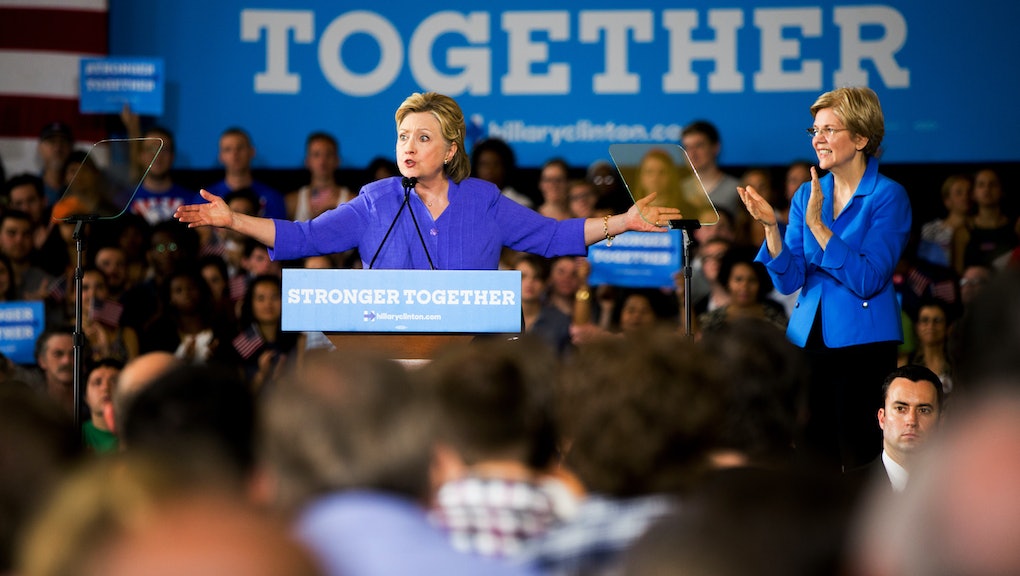 2016 Presidential Polls: Is Donald Trump or Hillary Clinton Leading in the Swing States?

With Brexit in the rearview mirror, it's clear that xenophobia can win in a national election. Some news outlets, including this one, have examined whether the U.K.'s actions could forecast presumptive Republican nominee Donald Trump's entry into the White House. But nationwide, presumptive Democratic nominee Hillary Clinton maintains a narrow lead over her opponent — especially in battleground states.

According to the RealClearPolitics polling average, Clinton is up by 6 percentage points, with 45% national support to Trump's 39%. A Quinnipiac University poll released Wednesday, however, challenges that small margin, saying that, with "hate winning," the race is "too close to call." Quinnipiac puts Clinton at 42% and Trump at 40%.

"This is where we are," poll assistant director Tim Malloy said. "Voters find themselves in the middle of a mean-spirited, scorched-earth campaign between two candidates they don't like. And they don't think either candidate would be a good president."

Of the 1,610 registered voters polled, 61% believed the 2016 election has made the U.S. a more prejudiced place. And 67% of those people pointed the finger at Trump, whose supporters have been primarily older and white.

The GOP establishment, meanwhile, seems to have adopted an "I don't understand the question and I won't respond to it" stance regarding a Trump candidacy. Many of the party's big names reportedly won't be attending the Republican National Convention, which means the reality TV star may instead fill the hall with sports stars like (maybe) Mike Tyson. Because why not, at this point.