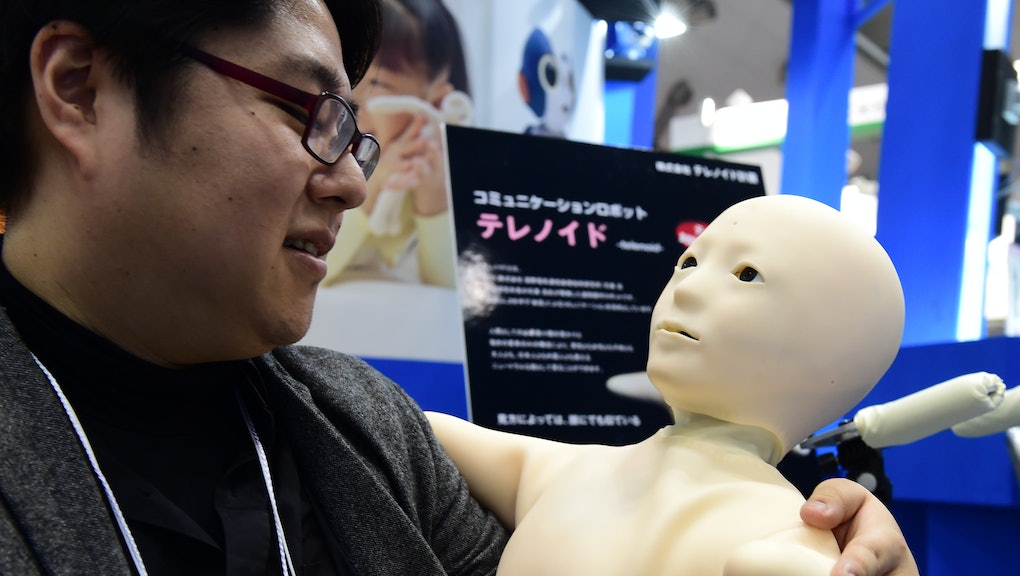 Automation may cost you a pretty penny.

A factory in China replaced 60,000 of its human workers with robots. Microsoft CEO Satya Nadella believes that artificial intelligence must "respect human autonomy," but Sen. Dan Coats of Indiana told Bloomberg BNA that this robot workforce is "coming faster than anybody realizes."

With robots primed to swoop in and take about 5 million jobs by 2020, it's about damn time we braced ourselves for our new workforce.

A draft report from the European Parliament suggested a few tips on how us mere humans can get ready for the ever-increasing automated workforce, CNN reported. The answer: taxes.

In the event that "advanced robots" begin to displace us in "large numbers," CNN reported, the European Parliament report suggests that the European Commission make the owners of the aforementioned roboworkers pay taxes or give to Social Security. This likely won't include taxing all robot owners — those cutie robo-companions don't owe us anything.

Such a tax would likely be enforced specifically on individuals and corporations enlisting machines as an alternative to humans. This could make factory heads think twice before replacing human workers with machines for the sake of avoiding payments for health insurance or paid time off.

"Within the space of a few decades, [artificial intelligence] could surpass human intellectual capacity in a manner which, if not prepared for, could pose a challenge to humanity's capacity to control its own creation and ... the survival of the species," the draft states, according to CNN.

The draft also suggested universal basic income — receiving a salary just for being alive — as another method to soften the blow of human dismissal.