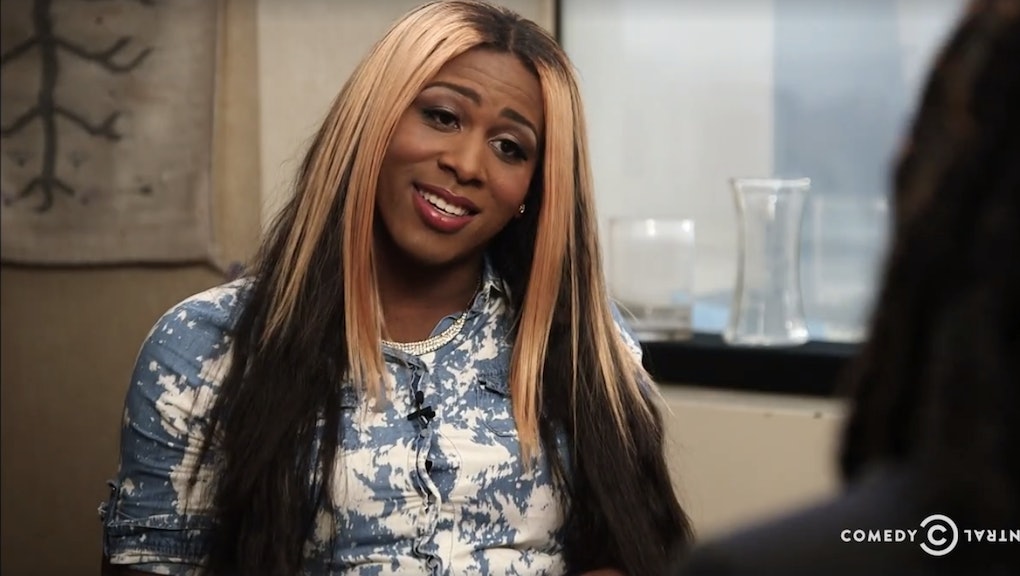 On Wednesday, the American Civil Liberties Union announced it had successfully settled the civil rights case of Meagan Taylor, a black transgender woman arrested in July 2015 for suspected prostitution.

As Taylor, a 22-year-old from St. Louis, Missouri, and her friend, another trans woman, were checking into the Drury Inn in Des Moines, Iowa, before a funeral, the clerk gave them a "hard time" — as Taylor wrote in a post on the ACLU's website in November — because Taylor's driver's license still identified her as a man.

"I haven't had the money to obtain a legal name change and update my identification documents with my correct name and gender," she wrote, noting that the clerk called the manager, who was "immediately hostile" toward Taylor and her friend.

The next day, authorities arrested her — without reading her Miranda Rights — because hotel staff had called the police complaining about "two men dressed as women" who they suspected were prostitutes. Police formally arrested Taylor for not carrying a prescription for the hormone pills they found in her purse and she was jailed for eight days.

The ACLU later helped Taylor file a civil rights complaint with the Iowa Civil Rights Commission against the hotel.

"In a moment when we are witnessing civil rights protections being stripped away from LGBT people as opponents cultivate hateful myths about predatory trans people in bathrooms, Meagan's case is a stark reminder of the critical need for legal protections for this targeted community," read the ACLU's report on her case.

The ACLU's attorneys were able to settle the case in part due to Iowa's state laws, which prohibit discrimination against transgender people. However, the organization noted, such laws only exist in 16 states, leaving transgender people vulnerable to arrest.