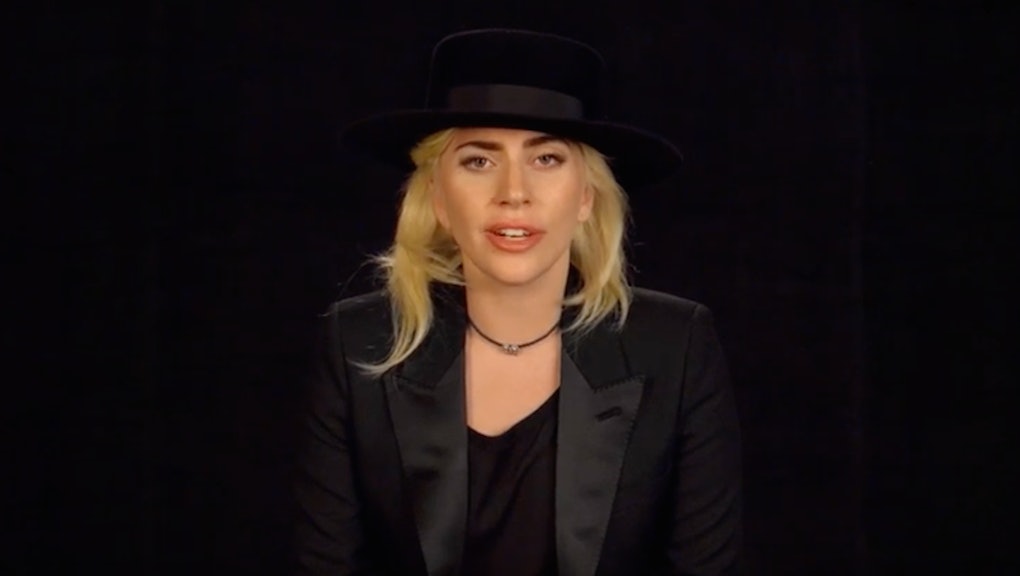 The Human Rights Campaign released Wednesday a moving tribute that featured 49 celebrities — including Demi Lovato, Colton Hayes and Lady Gaga — honoring the 49 victims of the Orlando, Florida, shooting, which has reverberated around the world.

"It's on all of us to keep their memories alive, and to ensure part of their legacy becomes meaningful action to end hate violence," the video's description on YouTube reads.

In the simple but meaningful video, which was directed by American Horror Story's Ryan Murphy, each celebrity reads a short bio of the victim, whose photo is also displayed.

On June 12, Omar Mateen, armed with a Sig Sauer MCX semi-automatic rifle and handgun, entered the Pulse nightclub and opened fire for three hours, killing 49 and injuring 53 others.

The poignant video encourages people to "demand common sense laws to protect the LGBTQ community and all Americans from hate violence," as Angela Bassett said — especially since the Senate had turned down four different gun control laws just days after the massacre.

Watch the tribute below: