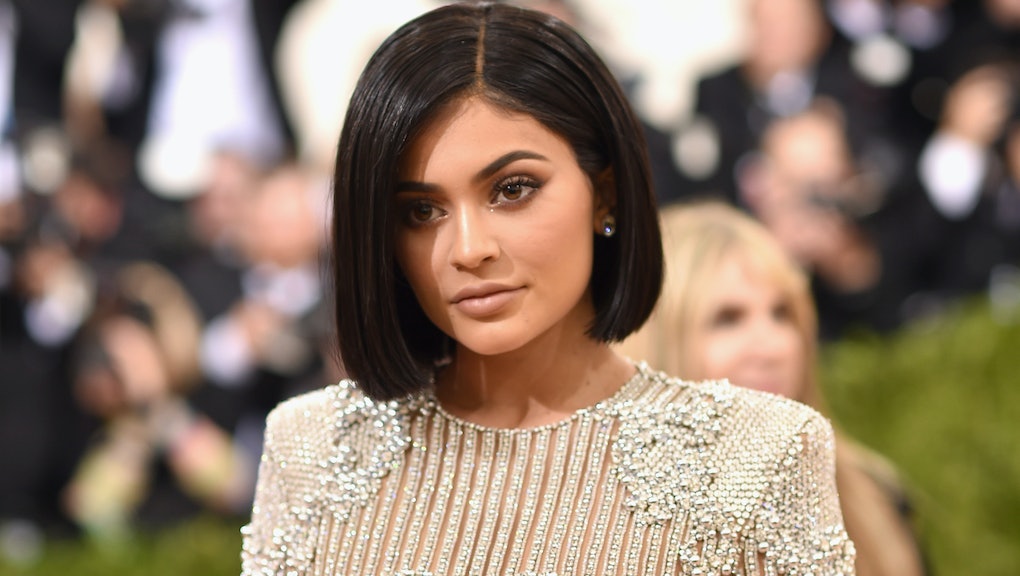 Kylie Jenner is making headlines for her makeup again — only this time, it's a lack thereof. On Wednesday, the 18-year-old reality TV star spent basically an entire day walking about with basically no makeup on.

That's right, Kylie Jenner, whose most famous name brand product is special lipstick, went out without makeup on, according to People.

Jenner even implied the trend might be part of a new weekly tradition, captioning her Snapchats as "No Makeup Tuesdays." Normally, it isn't news when a human person doesn't put makeup on their face, but when it's Kylie Jenner, it matters — and she's not the only one doing it.

Earlier this month, musician Alicia Keys launched #NoMakeup, a hashtag campaign to support women going without makeup. In an essay for Lenny Letter, Keys discussed her feelings about the pressure on women to wear makeup every time they leave the house.

"Every time I left the house, I would be worried if I didn't put on makeup: What if someone wanted a picture?" she wrote. "What if they POSTED it??? These were the insecure, superficial, but honest thoughts I was thinking. And all of it, one way or another, was based too much on what other people thought of me."

Choosing whether or not to wear makeup, Keys explained, being able to shed the expectation, was empowering. And it seems that Jenner feels the same way — it's unlikely that she'll be ditching makeup altogether, but showing that wearing makeup is a choice for women, not an expectation, is an important message to broadcast to her millions of young followers.