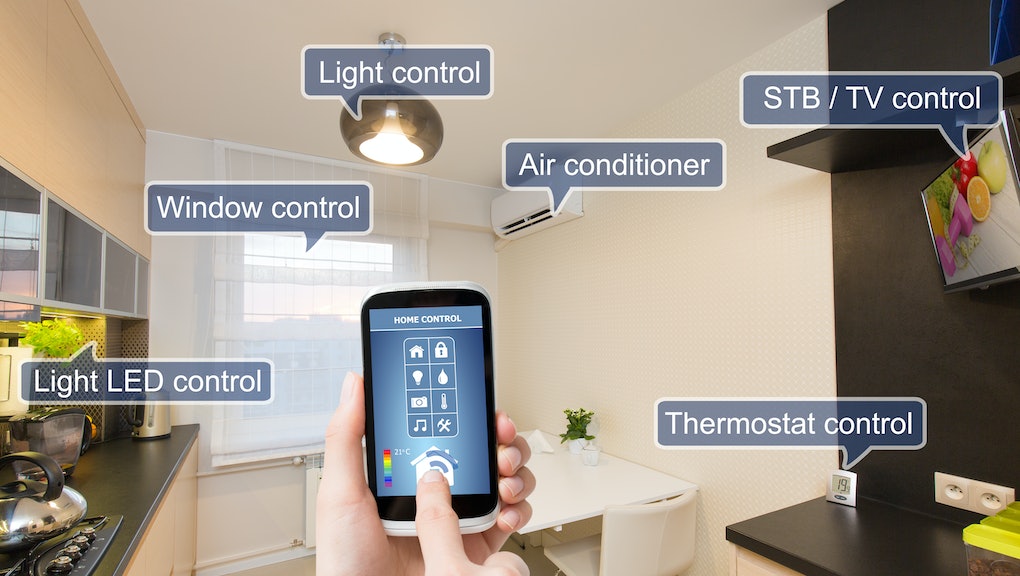 Every Way the Internet of Things Could Murder You: A Definitive Guide

It was inevitable: We humans loved the internet so much, we decided to put the internet in everything. Thus, the Internet of Things — a network of physical devices connected to the internet — was born. And now humanity is doomed.

When hyper-intelligent androids are colluding with hacker warlords to turn our generation into a slave class, we'll remember that the robot apocalypse started small. Companies started stuffing the IoT into pants, treat dispensers, tampons and other things in which it has no business being, and we were left with a web of crappy, useless connected devices — also known as the Internet of Shit.

Then it got dangerous. We craved more connectedness, so we started to connect every damn thing we could find, making everything we own susceptible to life-threatening hacks. We're now a few taps away from a truly horrifying reality: the Internet of Murder-y Things.

The following scenarios are hypothetical, but they're all (mostly) based in reality.

1. Your facial recognition-driven pillbox doles out a deadly dosage.

2. Someone remotely turns off your pacemaker.

3. Your Nest thermostat turns itself off in the dead of winter.

4. You are walking down the stairs to pee in the middle of the night. All of the Wink-connected lights suddenly turn off. You fall down two flights of stairs.

5. Your brave little toaster calls it quits and sets your house on fire. Your phone is dead and your smart lock won't unlock. Very "Ghost in the Machine."

6. Your car hums itself on and kicks into Ludicrous Mode. It drives itself into your living room, where you were watching TV.

7. Your (bugged out) smart water bottle tells you you're only at 50% hydration. You keep drinking. You can't seem to reach 100%. You die of hyponatremia.

8. You're driving to work and your smart contact lenses start pulling up a slideshow of dog GIFs, proving that you can die from a cuteness overload (when it obfuscates your vision). You drive off the road dreaming of the driverless car you were too afraid to hop in.

9. You hailed an Uber using your Amazon Echo. Alexa tells you to get in the unmarked van outside. (Murderer.)

10. You just bought yourself a pair of spiffy new smart shoes! They were on sale — maybe because they had a faulty battery. They explode while you're in 'em.

11. Your friend just exploded in her new smart shoes, so you opt for GPS-enabled insoles. They lead you straight into a serial killer's lair.

12. Someone slips poison into your drink and hacks your smart water cup. It says you are about to gulp down an eighth of today's delicious serving of H2O. False.

13. A murderer hides in your shiny new Samsung smart fridge. He knows you're lazy; rather than simply opening the refrigerator door, you're going to look at live footage of the inside. He hacked it to show you an image of the yogurt, kale and leftovers he moved aside to squish his murderer ass in there.

14. You fall asleep on the deck floor outside. It was a sunny day, so why not? It's also a lovely day for your iRobot Roomba to mistake you for garbage and suck off your face in your sleep.

15. The companion app for your Bluetooth-enabled tampon says you have hours left until you need to change your tampon. You forgot to turn your Bluetooth on. You get toxic shock syndrome.

16. Your smart bottle opener notifies your friends every time you crack open a beer. No one ever responds. You die of loneliness.

17. Your Bluetooth-enabled pants tell you when your fly is down. It was down all day. You forgot to turn your Bluetooth on. You die of embarrassment.

18. Your artificially intelligent Kindle has been mining through your texts to generate a short story for the evening. It taps into your breakup texts. It spits out a romantic tragedy novel too close to home. You die of a broken heart.

19. Your smart TV keeps fucking rebooting with the latest software upgrade. You just wanted to watch the Game of Thrones finale. You die of boredom.

20. A murderer has been putting bits of human flesh in your treat-dispensing device. It slowly teaches Fluffy to relish in the flavors of human flesh. Fluffy eats you alive.