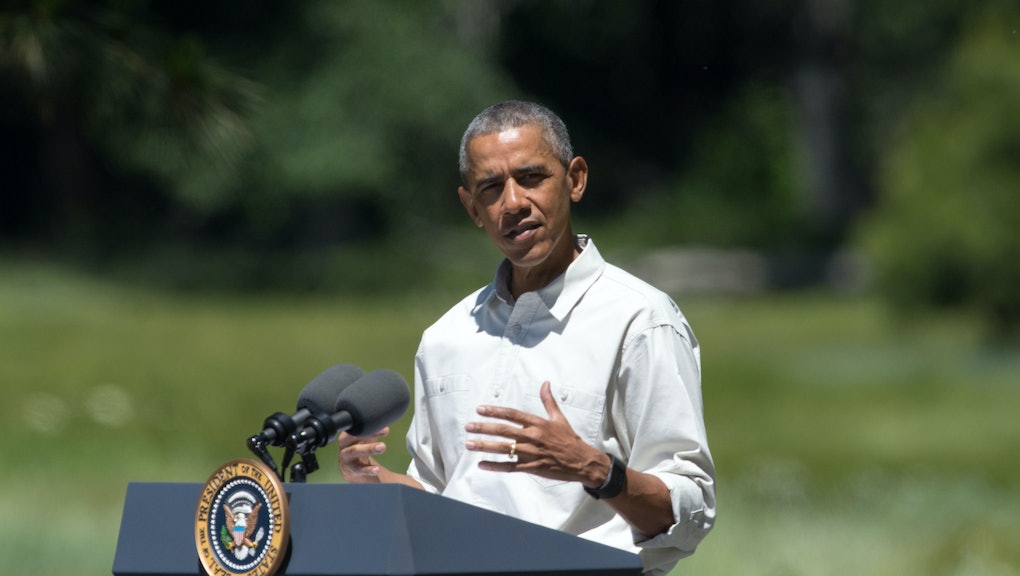 Barack Obama was always a man of the people.

On Thursday, a yearbook photo of a young Obama — labeled "Barry Obama" under the photo — in fourth or fifth grade, resurfaced on Reddit, showing Obama "on strike" alongside three of his classmates.

Their cause? Homework and a lesser-known cause called "Boys Liberation." (It was the 70s.)

Redditor Brokenwhale said their father knew he had gone to the same Hawaiian elementary school as Obama, but hadn't realize until recently they'd attended at the same time. "We checked out the yearbook and boom; there he was," the user wrote.

One Reddit user, with tongue in cheek, was less than impressed: "We still have homework, though," wrote user PhilMcCoq. "Thanks, Obama."

"Yeah, a lot of good that 'hope and change' for homework reform did," wrote another user. Yet another chimed in with a moniker for young Obama's social movement: "#OccupyHomework."

Reddit user Canine_canestas even imagined Obama's call to action, writing, "'My fellow classmates, ah, I believe it's in our best interests to forgo the national homework agreement as this directly violates my right, uh, to go outside and play ball."

As Obama arrives at the end of his term, maybe he'll deliver on this one last promise.