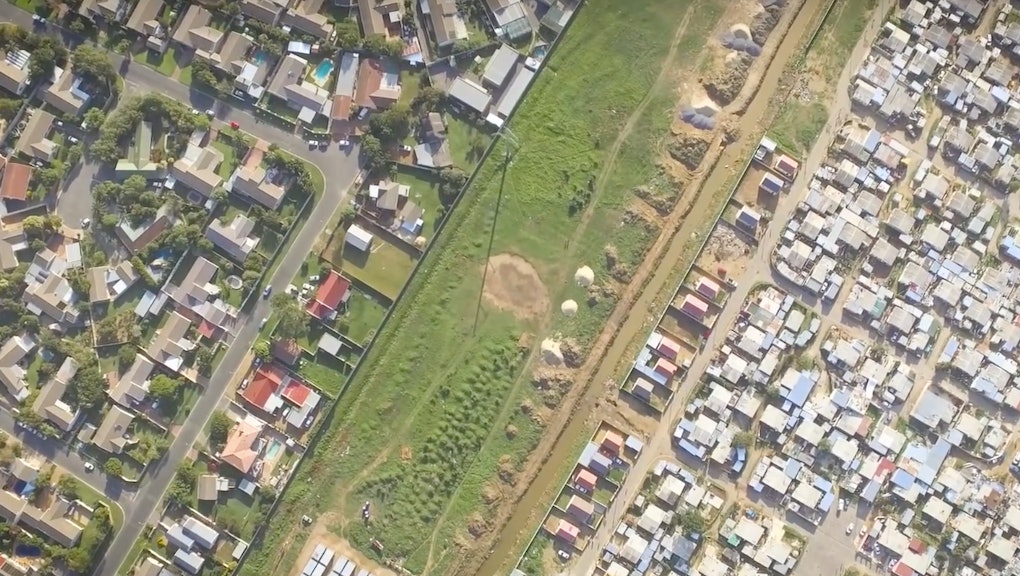 Despite being separated by a small buffer zone, Strand is a resort town bordering the ocean, while Nomzamo is a completely different product made from years of apartheid — and only a hop, skip and a jump away.

In the video, Strand is defined by a series of nice and clean houses with large backyards. Right across the buffer zone are Nomzamo's notably small tin shacks that are surrounded by drainage ditches rather than lush yards.

In the 1960s, "hostels" were built to house single men who came from the Eastern Cape to work on farms and in the fruit canning industry. In 2014, many shack residents were forcibly evicted by the government, but later just relocated into newer shacks.

According to Australia's news.com.au, Miller, who was born in the U.S., studied anthropology and became fascinated apartheid-based city planning, which changed the course of South African lives — even past the official end of apartheid in 1994.