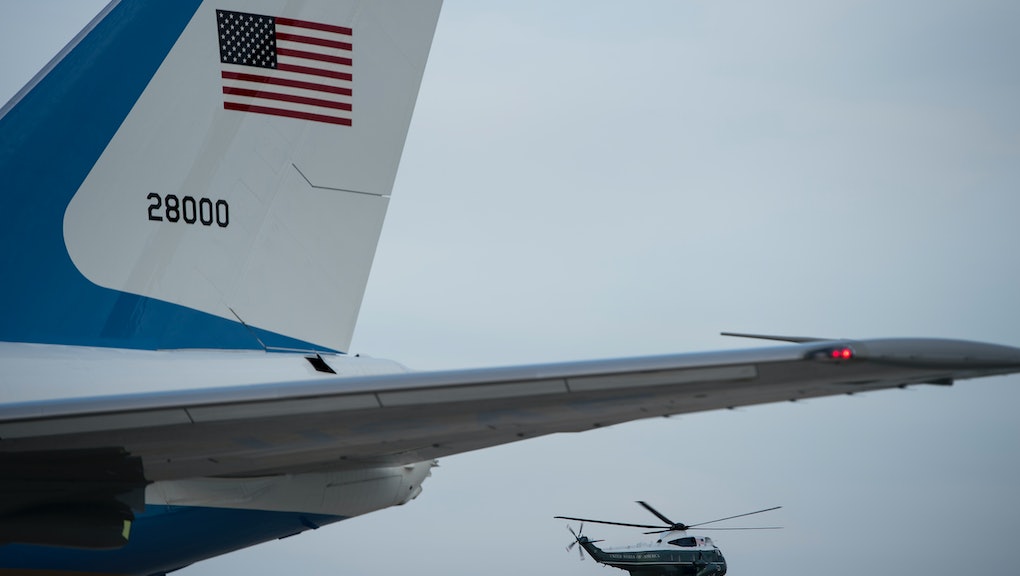 Active Shooter Report at Joint Base Andrews, Home of Air Force One, Was a Drill

Joint Base Andrews, the military base in Prince George's County, Maryland, was on lockdown after reports of an active shooter, but according to NBC's Pete Williams, the incident was just a drill. The base gave the "all clear" on its official Twitter account just before 10:40 a.m.

Shortly after 9 a.m. on Thursday morning, the base's Twitter account posted an alert about an active shooter reportedly present on the premises. "All personnel have been directed to shelter in place," the tweet read. An update said that the incident took place at the Malcolm Grow Medical facility, where first responders were on the scene. NBC reported that there was a "barricade situation" on the center's third floor, and that other military facilities in and around D.C. were tightening security as a result.

Air Force One, the plane used by the U.S. president, is kept at Joint Base Andrews, situated about 20 miles outside Washington. An active shooter drill was scheduled for Thursday at 9 a.m., NBC reported, which would appear to have been highly realistic.