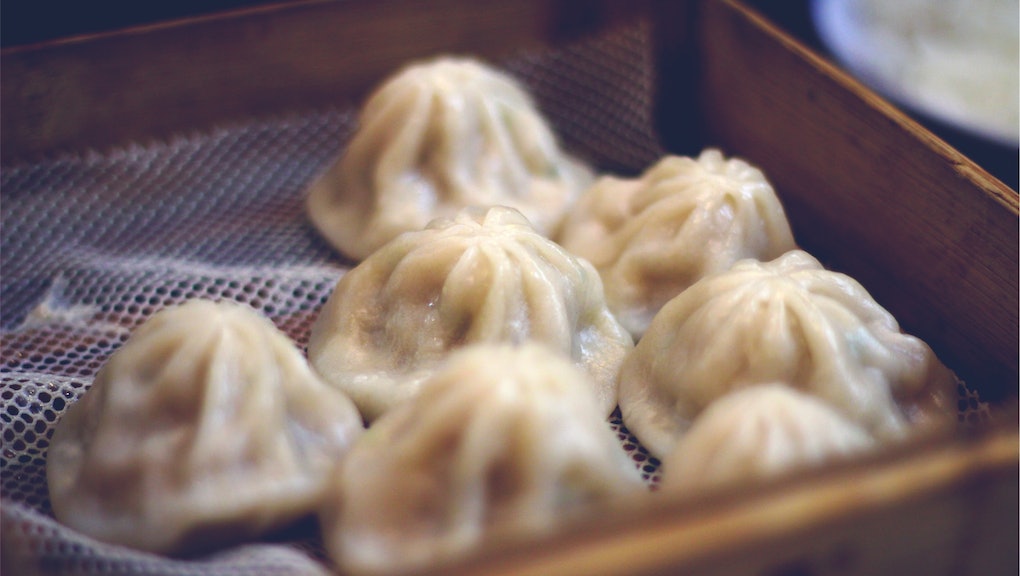 There are many awesome birthday cakes out there — this Harry Potter-themed cauldron cake and this gorgeous funfetti number are two — but there is one that, err, officially takes the cake.

Chef Danny DiStefano — who's now up for the best co-worker in the world award — made his colleague the dumpling inception "cake." Chung cracked open the large dumpling, which looks to be about the size of a hefty textbook, to reveal what the Instagram post said is "100 more dumplings inside."

There is no word on what kind of filling is in the dumplings, but does it really matter? There is no universe in which a dumpling stuffed dumpling is not a stellar birthday cake.

While the giant dumplings-filled-dumpling is not currently on the restaurant's menu, there are plenty of other inception foods out there that people can purchase. In 2015, the world was introduced to a pizza topped with mini pizzas, and, more recently, a business in New York City launched donuts stacked with mini donuts topped with even smaller donuts.