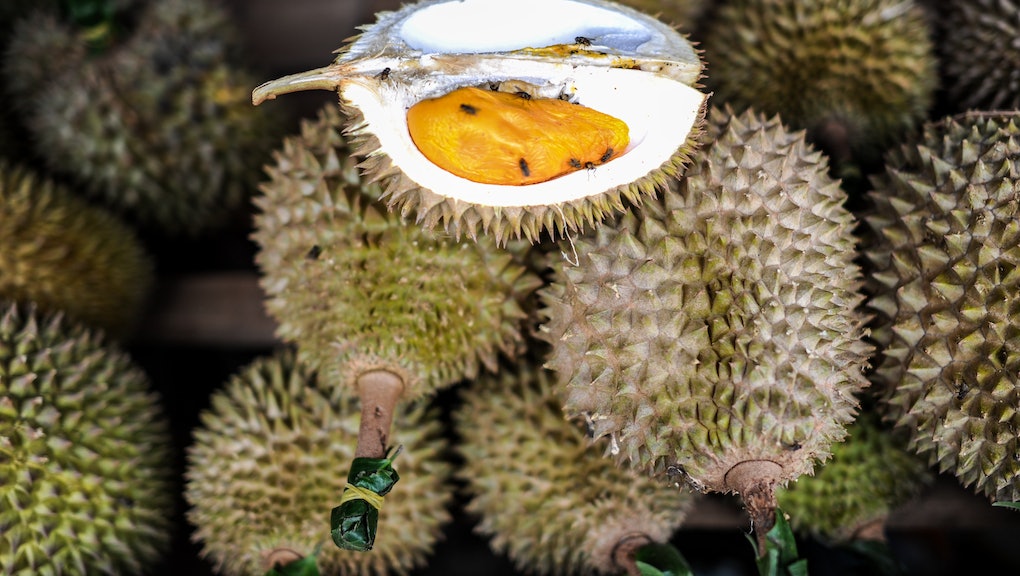 Wearing a Durian-Flavored Condom May Not Help Your Sex Life, But Hey, Do Your Thing

Prolific wordsmith Lil' Wayne got many things right when he rapped, "Safe sex is great sex/ Better wear a latex." But there is apparently one caveat when considering the rhyme: durian-flavored condoms.

Durian is a fruit found in Southeast Asia that is so pungent it's banned on public transport in Singapore, the Guardian noted.

It is a delicacy that some say is an acquired taste. It has a smell that food writer Richard Sterling once described as "turpentine and onions, garnished with a gym sock," according to Smithsonian.com. So it's an interesting choice as flavor for something used on a person's nether regions during intimate acts.

A condom manufacturer in Thailand is  forging ahead with the flavor and creating "a line of condoms that taste, and, presumably, smell like the repugnant fruit," Munchies wrote. The company, which remained unnamed, said it believes the durian-scented penis sleeves will be a "hit among Asians," Malaysia's Star Online, which cited the China Press, reported.

While making condoms more appealing can help promote safe sex (their use can prevent pregnancies and the transmission of STIs), making them smell and taste like a putrid fruit might not be the best way to do it. If anything, there might be more appeal in taking off and throwing away a durian condom than actually wearing one.

But if you dig durian, then feel free go ham— as Mic previously reported, some experts say flavored condoms that are tested and approved are just as safe as non-flavored ones.