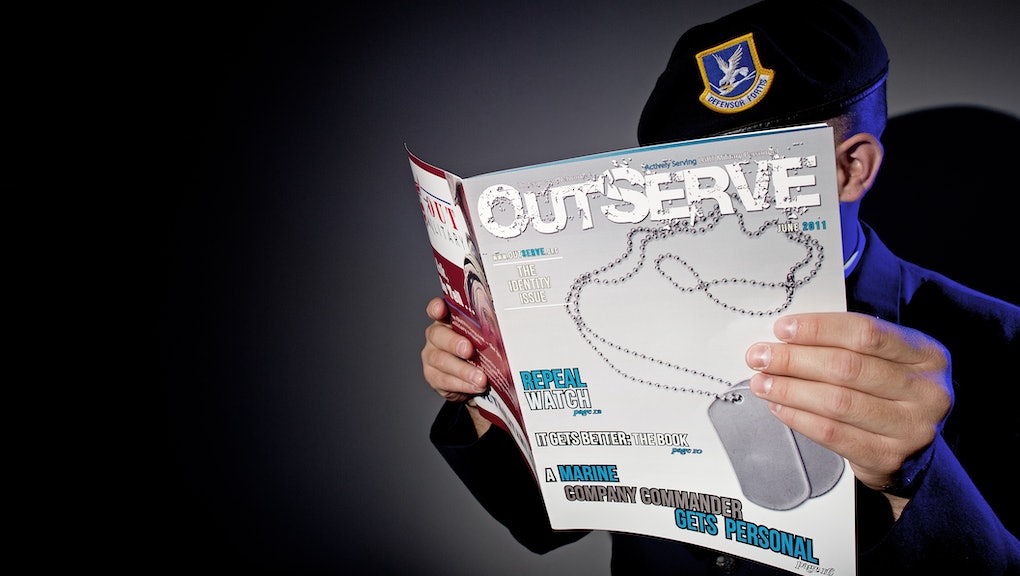 On Thursday, Secretary of Defense Ashton B. Carter announced in a White House press conference that the Pentagon will lift the ban on openly transgender people serving in the military.

A livestream of Carter's remarks ran on the Defense Department website.

The RAND study pointed out several major issues transgender military members currently face. "Right now, most of our transgender service members must go outside the military medical system in order to obtain medical care that is judged by doctors to be necessary, and they have to pay for it out of their own pockets," Carter said. "This is inconsistent with our promise to all our troops that we will take care of them and pay for necessary medical treatment." The ban was lifted effective immediately.

However, Carter announced there would be some regulation surrounding transgender service members. A transgender person hoping to join the service must be "stable" in their gender identity for at least 18 months, a fact that must be supported by a doctor, Carter said.