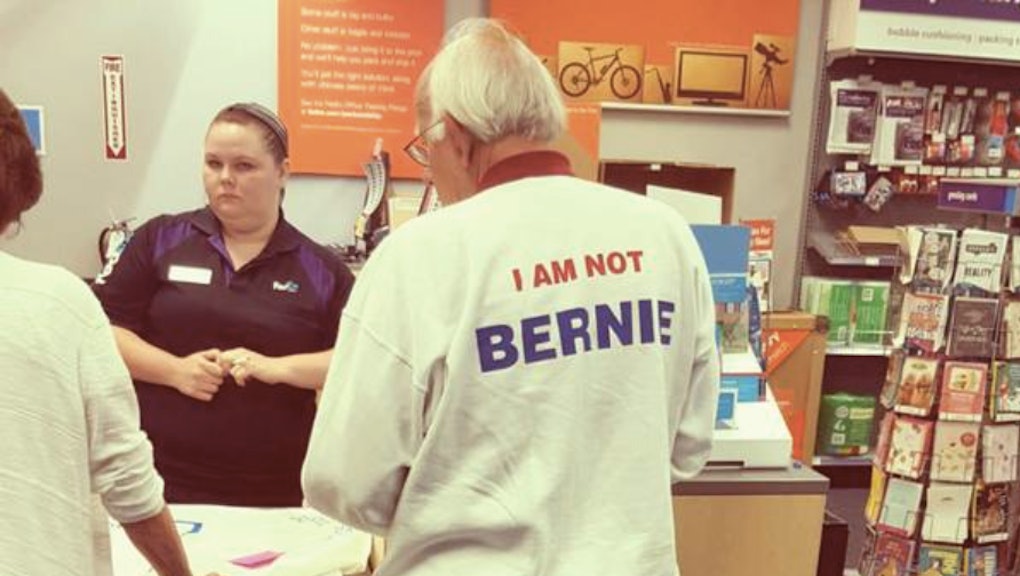 Bernie Sanders Doppelgänger Spotted Wearing "I Am Not Bernie" Shirts

Thanks to limited genetic diversity, doppelgängers are true biological possibilities. But what happens when your doppelgänger so happens to be Democratic presidential hopeful Bernie Sanders (who, by the way, has quite the fan base of Bernie Bros)?

You apparently have to buy and don an "I am not Bernie" shirt.

Sanders' alleged lookalike was caught wearing said shirt at a FedEx in an unknown place, according to Reddit.

Someone on the thread who ran into the doppelgänger said the doppelgänger had gone to a Sanders rally in Santa Monica. In fact, a man named Jeff Jones, a former Republican who went Democratic and voted for Sanders, recently wandered around a Los Angeles neighborhood shaking hands with people who were amused by his likeness to the candidate, according to NBC 4.