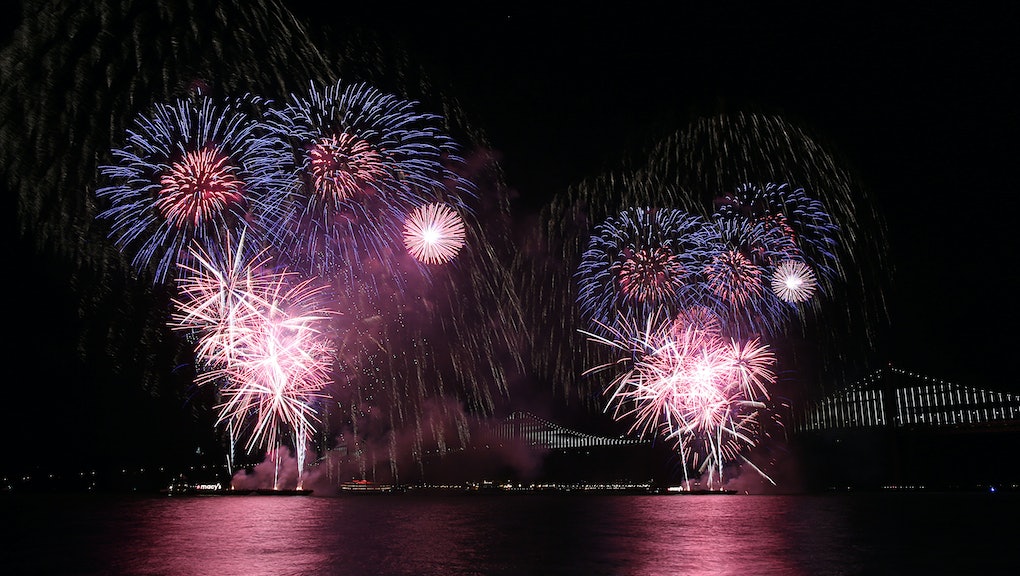 Macy's NYC 4th of July Fireworks Livestream 2016: How to Watch on TV and Online

Maybe you nailed your Fourth of July plans: You hosted the barbecue, you cracked open the beers (now aptly named "America" for a limited time only) and you did it all while wearing red, white and blue and texting using Kim Kardashian West's new festive kimojis. But everyone knows a celebration of our nation's independence isn't complete without fireworks.

Anyone near a TV can watch the 40th-annual spectacular — which will include performances from artists including Kelly Clarkson, Ed Sheeran and Flo Rida — on NBC starting at 8 p.m. EST. According to ABC News, the fireworks show itself is expected to begin at 9:25 p.m. and last for about 25 minutes.

To stream online, viewers can visit NBC's live website on their desktop or mobile devices — no cable provider password required.

So kick back, relax and bring one of the country's best firework displays right into your living room.