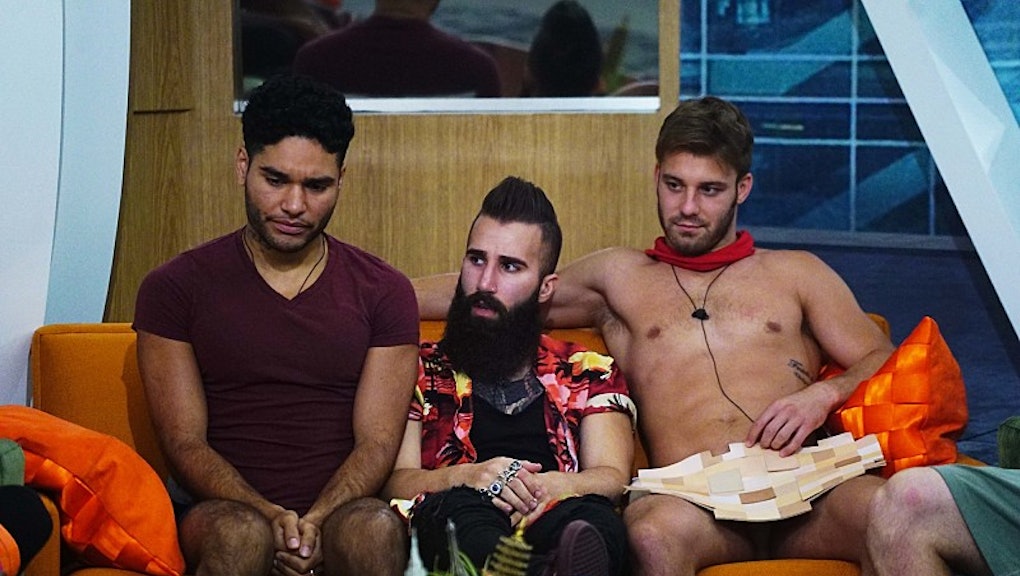 Big Brother's 18th season has been on the air for barely over a week, and it's already full of drama. The season's fifth episode was no exception.

When we last left the houseguests, Paul had won the Power of Veto and taken himself off the block. The winner of the first Road Kill competition (Frank) put Bridgette up as the replacement nominee. This left three nominees up for eviction: Jozea, Paulie and Bridgette.

At this point, there is a bafflingly large number of alliances between contestants. The Eight Pack. The Fatal Five. The Spy Girls. It's a lot. With all of these alliances, there's bound to be in-fighting.

The three nominees obviously caused drama. Bridgette talked about how she didn't trust Nicole, which made Nicole (the current Head of Household), Da'Vonne and Zakiyah suspicious of her. As problematic as Jozea can be, at least they know where he stands, the three noted. Bridgette seemed to be playing a few different sides of the house.

The arguing certainly didn't end there. Event coordinator Natalie has a problem with gym manager Victor. "He just has an opinion on everything," Natalie said. "I can't take this anymore. I'm so over it." Victor was shown criticizing Natalie's makeup, her pants and even what she ate.

Jozea has been one of this season's most outspoken and obnoxious contestants. He called himself the messiah and came up with numerous conspiracy theories about his fellow houseguests, few of which turned out to be true. He was reviled online, and fans took to Twitter to celebrate his eviction.

In his post-eviction interview with host Julie Chen, Jozea said that he's "a very truthful and honest person," and the people who betrayed him will pay eventually. "Some people in the house are very weak-minded and they let gossip get the best of them," he said.

Jozea said he felt most betrayed by Natalie, who he thought voted for his eviction. Natalie actually voted for Paulie to be evicted.

It wouldn't be an episode of Big Brother if a new twist weren't revealed. Chen explained the game's next surprise element: the Battle Back.

In the Battle Back, one of the first five evicted houseguests will go back into the house after a series of competitions. The first five contestants evicted from the house won't go directly back to their real lives, but will stay sequestered away for a while longer. First, Jozea will face off against Glenn, who was sent home last week. The loser of that competition will go home for good. The winner stays sequestered and will battle the following week's evicted houseguest. The last person standing will re-enter the Big Brother house.

Chen did not reveal this twist to the contestants still in the house.

The episode ended with a Head of Household competition called "Berry Balanced."

It's also important to remember that with this season's new team structure, the houseguest who wins Head of Household also gets immunity for their entire team.

Viewers can see who wins Head of Household on Sunday at 8 p.m. Eastern on CBS.