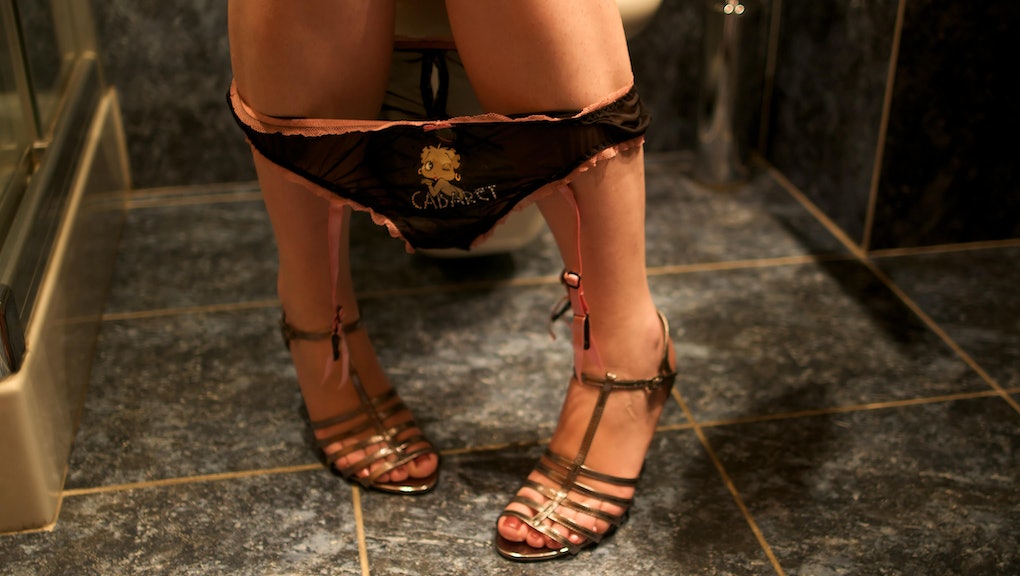 For the past week, the internet has been abuzz with rumors about a new social media trend: the "panty challenge," in which women are supposedly snapping photos of their squeaky clean panties as a way to prove they don't have vaginal discharge.

Well, worry not, ladies and gents: women aren't really flocking to social media to boast about their dry vaginas. While the #PantyChallenge appears to be nonsense, the conversation surrounding it has raised a crucial question: is vaginal discharge "normal," and are healthy people with vaginas "supposed" to have it in the first place?

The answer, of course, is: yes and yes.

The culprit behind the Panty Challenge rumor appears to be one woman's ignorant Facebook post. In the post, the woman brags that her vagina is so healthy, she never gets "crusty" panties. "I may discharge, yes, but my panties aren't going to show it," she said in a follow-up video.

When women on Twitter caught wind of the post, it went viral, with women mocking the original poster for misunderstanding how healthy vaginas actually work. The vast majority of online chatter consisted of criticism of the original meme, rather than actual Panty Challenge posts themselves.

Although the #PantyChallenge might largely be bullshit, it did inspire a conversation on Twitter and Facebook, where women wrote hundreds of posts about the social taboo surrounding vaginal discharge. Although daily vaginal discharge is a perfectly normal bodily function (in fact, it's how a vagina naturally cleans itself), the stigma is still widespread and dangerous.

Earlier this year, for instance, male cast members on the United Kingdom's Celebrity Big Brother taunted and bullied female contestant Stephanie Davis about the "pigeon shit" in her underwear, suggesting she had "problems down there." The clip inspired media outlets to shame Davis and write about how "vile" her body is.

The shame surrounding normal bodily functions like discharge and menstruation leaves such topics shrouded in silence, forcing young women and people with vaginas to grapple with their anxiety and insecurity on their own. In fact, studies by the medical school at University of Sri Jayewardenepura in Sri Lanka showed that the shame surrounding discharge often keeps people from asking questions and seeking medical help when they need it.

If you brag about a lack of vaginal discharge or are disgusted by the reality that it exists, the only hole you should be worried about is that empty space between your ears.