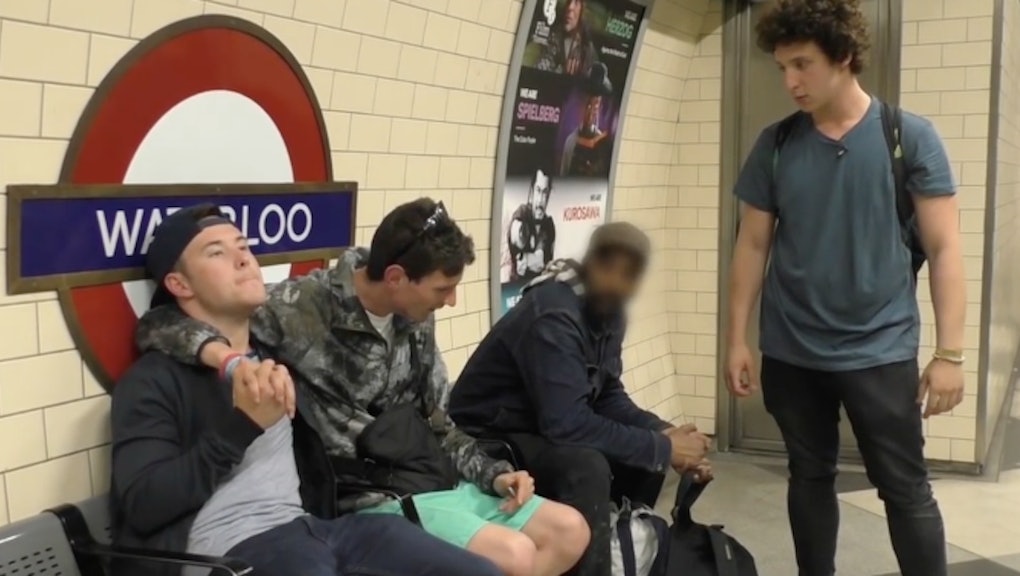 For a candid test of how people would react when observing homophobia, YouTuber Julius Dein conducted and secretly filmed a social experiment out on the streets of London.

For the experiment, Dein played an outspoken homophobe and his two friends played a gay couple.

For the most part, the results restore some faith in humanity, as most bystanders were quick to defend the gay couple.

"There's nothing wrong with that," one man said on the tube. He told Dein to get off the train and threatened to "knock [Dein] out."

"Love is love," another defender said.

"The only person making us uncomfortable here is you being here," another said.

"If these two decide to start banging in front of me, that's their business," one woman screamed at Dein.

But not everyone was accepting, and at least one man joined Dein in slinging verbal abuse.

"They got more rights than we do nowadays," the homophobic man said.