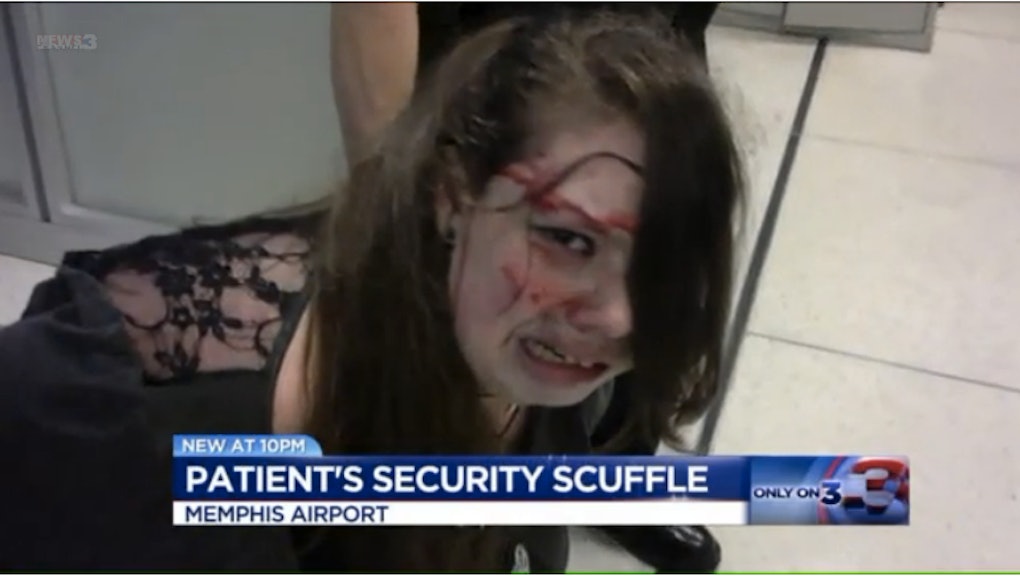 Disabled Woman Gets Into Bloody Altercation With TSA at Memphis Airport

What was supposed to be a regular flight back home turned into a bloody scuffle at Memphis International Airport for Hannah Cohen.

The 19-year-old unintentionally set off the metal detector while moving through the security checkpoint and was told that she would have to leave with security for a further screening. "They wanted to do further scanning, she was reluctant, she didn't understand what they were about to do," Hannah Cohen's mother, Shirley Cohen, told WREG-TV.

Cohen then became unsettled and tried to run away from the Transportation Security Administration agents. According to Shirley Cohen, she was brutally taken down by the security agents.

"She's trying to get away from them, but in the next instant, one of them had her down on the ground and hit her head on the floor," Shirley Cohen told WREG-TV. "There was blood everywhere."

According to Shirley Cohen, Hannah Cohen is "partially deaf, blind in one eye, paralyzed and easily confused," and was returning home after receiving treatment for a brain tumor at St. Jude Hospital in Memphis. Hannah Cohen was arrested on the scene and spent the night in jail, and the family were stuck in Tennessee for the night.

Although authorities later threw out the charges against Hannah Cohen, the Cohen family filed a lawsuit against the Airport Police, the Memphis Airport, and the TSA, according to WREG-TV.

"Passengers can call ahead of time to learn more about the screening process for their particular needs or medical situation," Sari Koshetz, TSA spokesperson, said in a statement.