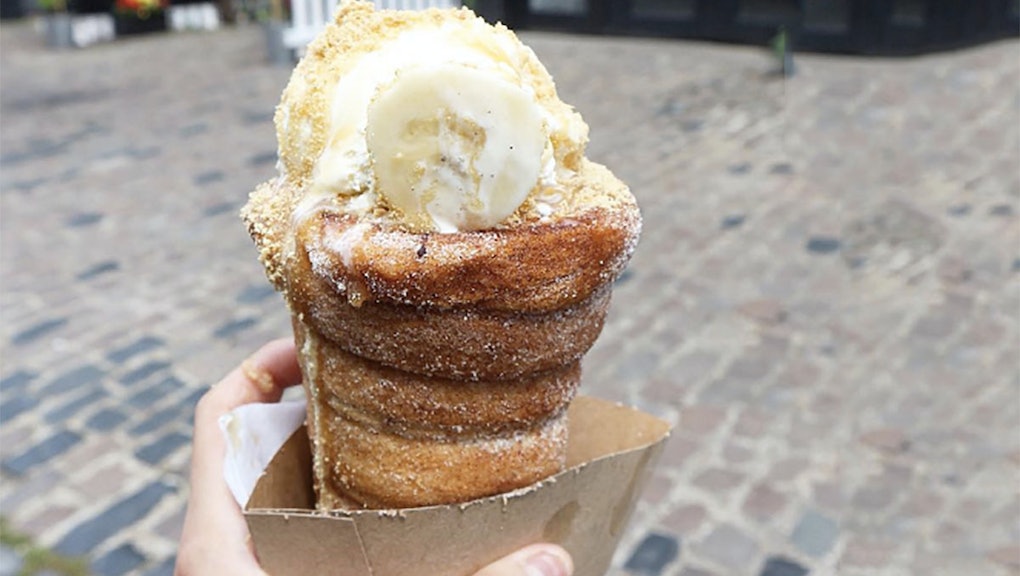 Gone are the days where a waffle cone was the most exciting option at an ice cream shop. These days, customers have their pick of cones made of everything from chocolate chip cookies to pretzels.

One London establishment is taking the idea of a novelty ice cream one step further by crafting it out of doughnut dough. And not just any doughnut, but a croissant donut, the Londonist reports.

The croissant donut is one of the most popular hybrid foods of all time. In 2013, New York City pastry chef Dominique Ansel debuted the creation known as the Cronut. Three years later, the line of customers still snakes out door and around the block. Ansel's creation was so legendary, it spawned a number of imitators around the world.

Chef Paul Hurley, who owns Dum Dum Donutterie in London, makes his own version of the hybrid pastry that is baked, not fried. He transformed the dish into an ice cream cone that he calls the Crone. The treat comes stuffed with "artisan ice cream, homemade sauces and a selection of toppings," Time Out writes.